The Sony PSP perception problem: Is it losing its luster?

Sony's PSP was Time's "Gotta Have it" device for 2005, which was like being voted "Person of the Year." Now as the PSP enters its middle-age, it is the subject of less adulation, and more dismissive grumbling.

Today, GamesIndustry.biz posted an interview with Laurent Benadiba, CEO of French software developers Smack Down Productions, who says publishers are discouraged from making PlayStation Portable games, despite it being an outstanding platform.

"The other day we were with a publisher, and trying to figure out a business model for a PSP game," Benadiba said, "It was a big IP, a big license, a top five racing game, and we couldn't work out how we could break even. Because there are so few sales on the PSP in Europe now, you have to make a huge title on a small budget just to break even."

In the handheld console market, there are only two places to be: first place and last place. Despite strong sales, Sony sold fewer than half the amount of Nintendo DSs sold (3.04 million vs. 1.02 million).

The question is: Is the PSP being spread too thinly to compete against the simple, games-only DS? 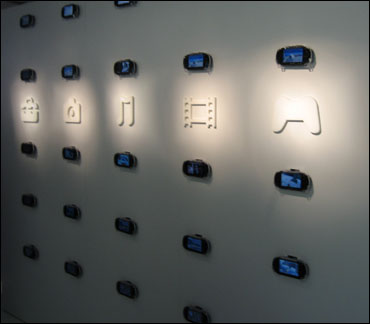 A PlayStation branded "PSP Phone" from Sony Ericsson, for example, was rumored to be in the works and be available around Christmas 2009. Though the mobile phone maker never speaks on speculation, it already markets Walkman, Cybershot, and even Bravia branded phones. The rumor recently shifted toward the negative as Sony reportedly refuses to share the PlayStation brand with devices that do not perform as well as the name would imply.

Earlier this month, Sony was reportedly surveying gamer opinions on what they'd like to see in the next iteration of the PSP. Among the suggestions were XMB-based social networking functions, a keyboard, Bluetooth, a touchscreen, location awareness, and an internal hard drive.

While these possible features and all the existent ones certainly make current owners of the PSP smile, the PSP has lost much of the "must have" appeal that it had four years ago as the most powerful handheld gaming device. The funny thing about that is that's the one thing about the PSP that's never changed.