Nvidia: First Ion PC to ship by summer, might use Vista 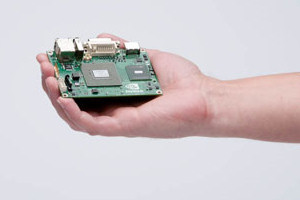 PC makers are working on both netbooks and small desktop systems using Ion, but the first Ion PC, expected by this summer, will probably be a desktop model, an Nvidia spokesperson said today.

"Given that we just introduced Ion is December, and that PC design cycles are usually 6 to 12 months, it will take some time for Ion designs to come to market. We do expect the first Ion-based systems to hit by summer, if not earlier," said Ken Brown, PR manager for platforms, in an e-mail to Betanews.

"OEMs are actively working on designs for both desktops and netbooks, but I expect the first Ion PC to be a desktop," according to Brown.

Ion will pair an Intel Atom processor for an Nvidia graphics processor. Instead, Atom has generally been used with an Intel 9456 integrated chipset. However, unlike Ion, the 9456 chipset lacks support for DirectX 10 games and "full spec" 1080p HDTV playback, which includes Blu-ray support.

Nvidia this week announced that Micorosoft has validated the Ion platform with Windows Vista Home Premium through its Windows Hardware Quality Labs (WHQL).

But Brown told Betanews today that he doesn't have information yet about which operating system will be used in the first Ion PC. "The decision of which OS to use is of course up to the manufacturer," he said.

5 Responses to Nvidia: First Ion PC to ship by summer, might use Vista