You can build your own photo mosaics with National Geographic 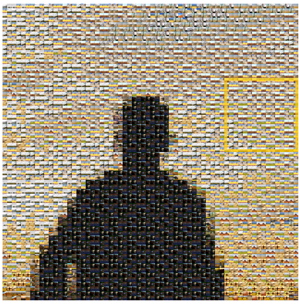 You know those composite picture mosaics, where thousands of individual photographs are combined into a single, large image? National Geographic Digital Media has debuted a photo community tool that creates an infinitely zoomable loop of that sort called Infinite Photograph.

The application takes between 200 and 500 user-uploaded photographs from the My Shot public database and turns them into the finished mosaic which can be endlessly zoomed through. Eventually, National Geographic says the tool will be turned over to users to let them build an infinite photograph out of solely their own photos.