The new Mini 10v netbook that Dell launched last week will get more capabilities over the year ahead, including what the company is calling "wireless improvements." However, although "Linux enthusiasts" might wish otherwise, an upgrade from the currently supported Ubuntu Linux 8.04 to the newer 8.10 or 9.04 won't be happening yet. A later release of Ubuntu isn't in the best interests of "mainstream users," according to an e-mail from Dell to Betanews last night.

The official word from Dell is that there are two main reasons for sticking with Canonical's Ubuntu 8.04 -- for the time being, anyway -- in the Linux editions of its Inspiron netbooks, a line-up also available with Microsoft's Windows XP.

As Betanews reported last week, one of Dell's other Inspiron netbooks -- the Mini 10 (without the "v") -- is now being groomed to act as a subsidized mass market offering from an as yet unnamed wireless carrier.

"We are trying to stay on a 12-month cadence to keep costs down, and build a stable platform," a Dell spokesperson said in an e-mail to Betanews late last night. "A mainstream user does not care if it's [Ubuntu Linux] 8.04 or 8.10 or 9.04 (he/she does not know what those are) -- she just wants it to work right and be stable/safe...Most of the Linux enthusiasts would not like to be so far behind (i.e., 8.04 vs. 9.04), but they are not our primary target audience for the [operating system] image."

Also, Dell doesn't seem about ready to stray away from Ubuntu as its Linux platform for netbooks or any other consumer products.

"We have offered Ubuntu pre-installed on our consumer systems for two years now, based on customer feedback on Ideastorm. Canonical has been enthusiastic about working with us to deliver a rock-solid Linux experience for the general non-technical community, and we look forward to continuing this dedicated team effort going forward," Betanews was told. 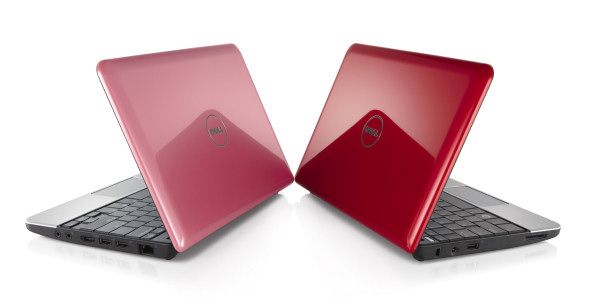 Meanwhile, Dell has already added a network manager feature to the Mini 10 and 10v which is aimed at bringing the sort of 3G wireless connectivity that's built into Ubuntu 8.10. "That should support whatever 3G cards are now supported in stock Ubuntu," according to the e-mail.

"In addition to 8.04, we chose to control our updates (via our own update repository -- similar to MS update). We go the extra mile in double qualifying all updates (that one would see in stock 8.10 and 9.04) and only publish those that are rock-stable. We will [put in] select features over the course of the year that make sense for the product, like wireless improvements," according to Dell spokespersons.

A check by Betanews of Dell's country-specific sites this morning turned up the fact that some sites -- for the UK and Australia, for example -- have also been marketing another netbook, the Atom-based Latitude 2100, with a choice of Ubuntu 8.10, Vista, or an XP downgrade. The "smart rubberized 10.1-inch netbook" is a tad weighiter than the Mini 10 -- 2.91 lbs. rather than 2.86 lbs. -- and also a little pricier. You can also buy a Mini 10 or Mini 9 from the UK site, but at this point, only with Windows XP.

In Spain, on the other hand, the advertised Dell netbook choices are limited to the Mini 9, also with XP; and in Venezuela, to the Mini 10 with XP.

In the US as in the UK, though, Dell is launching the new Mini 10v on Ubuntu 8.04 and Windows XP simultaneously, according to the officials, who didn't delve into specific plans for the Mini 10v in other countries. Dell also plans Ubuntu 8.04 availability on the Mini 10 soon for the UK, and the Ubuntu option is already in full swing in the US, Betanews was told.

"Our goal is to provide choice and while we may not have been able to launch Windows and Ubuntu simultaneously on all of our mini platforms, we have offered [it] when it was ready," according to the company. "It's very important for us to make the Linux experience as simple and seamless as possible for mainstream users vs. 'Linux enthusiasts.'"