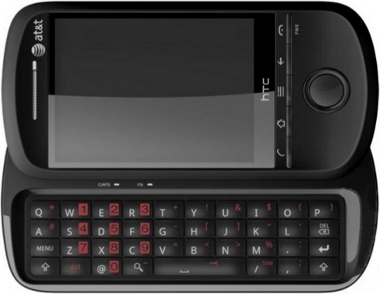 AT&T's first Android handset, a touchscreen slider from HTC code-named "Lancaster" could face an indefinite delay, according to a DigiTimes report today.

Lancaster was originally slated for a third quarter release, but now could be either delayed or cancelled entirely, according to Digitimes' reliable sources in its native Taiwan, because the phone "has not yet passed AT&T validation."

The Lancaster is a 2.8-inch QVGA touchphone with a full QWERTY keyboard and 3 megapixel camera. Reportedly, it's not a show-stopper. It is possible that this is another case of Android developing faster than HTC's phones can handle, or possibly of AT&T holding back on a potentially problematic device.

Either way, T-Mobile remains the only United States carrier to offer any Android phones.

Sprint's first Android device is now expected to be the Samsung InstinctQ, a phone similar in design to the HTC Lancaster which recently leaked to an Android fan site. InstinctQ is expected to arrive somewhere between mid-October and early November.

Verizon's first Android phone is currently expected to come from Motorola in the form of the Sholes, yet another QWERTY slider with a 3.7-inch touchscreen and a 5-megapixel flash camera.

With the future of AT&T's first Android device uncertain, it's a race to see which carrier will step up and be the next to vend Google's mobile operating system.

10 Responses to Report: AT&T's first Android device could be scrapped