All next week, Betanews will be reporting from Los Angeles, at the scene of this year's Microsoft Professional Developers' Conference. Based on our experience with prior years' shows, here's the pattern we expect: Day 1 (officially next Tuesday) will center on self-congratulation for Windows 7, much of it deserved. Day 2 will likely bring out the bugle corps for the public introduction of Office 2010 Beta 1 -- not the Technical Preview that's currently being circulated, but a more feature-complete rendition that should have more Web- and cloud-related connectivity.

But our coverage will begin on Monday with an unusual twist to "Day 0," which is usually reserved for in-depth workshops that command extra attendance fees. This year, Microsoft is trying an unusual step by opening up its day-long "Windows 7 Developer Boot Camp," headlined by Technical Fellow and SysInternals engineer Mark Russinovich, not only to all PDC attendees but to the general public. Here, we'll see how much attention Windows 7 can get not just from developers, but from passers-by on the street corner.

The coverage schedule for Betanews this year is the most feature-packed it has ever been, including 15 straight hours of sessions, speeches, and interviews scheduled for Betanews for Tuesday alone. We'll be checking in with you throughout the day for updates, analysis, and live reports from the keynotes, then follow up with full analysis each evening. Then we'll be bringing you complete interviews with conference newsmakers beginning the following week. 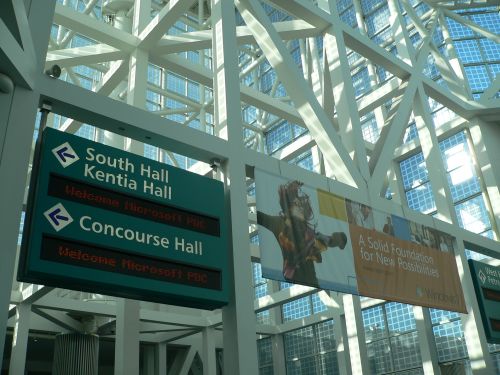 But every year, we like to put our reputation on the line and take some bets on expectations. Naturally, we don't have to risk too much on a bet that Office 2010 will be given a lot of spotlight; but based on what we've seen thus far (especially the fact that this year's show itinerary came together so late), here is our annual list of flashpoints (cue the network news music) that we expect will be the talk of attendees throughout the week:

This year, add one name to the list of giants: Burton Smith, the co-founder of Cray, and since 2005 a Technical Fellow at Microsoft. Smith will be on hand this year to profess on his favorite topic, one he helped create: parallelism, and how new processing techniques can be leveraged by better development methods.

It will be a colossal week, and we invite you to stay with Betanews all next week and into the coming days as we sort it all out, live and direct from Los Angeles.