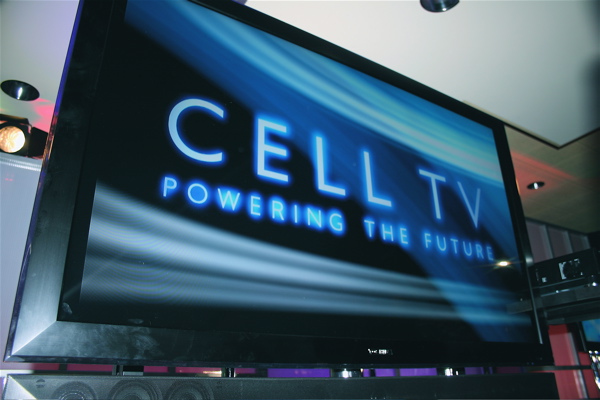 Toshiba's new Cell processor-powered LEDTVs look to be fierce machines. They take the current trends in connected set-top boxes and home theater appliances and roll them up into a single package that is as much computer as it is TV. Packed with 8 core Cell processors capable of 3.2GHz each, Toshiba says its new TVs will be ten times more powerful than your average desktop computer.

It's big, it's powerful, it's enhanced by its connectivity. The internals sound like an HTPC on steroids, but it's got one feature that blows HTPCs away: full 3D capability. Now this isn't just support for new 3D content, but it also supports 3D upconversion. With Toshiba's proprietary software, "Tri-vector 2D-to-3D" technology analyzes 2D frames, estimates the depth of each area in the frame, and creates a stereoscopic image.

Toshiba's Cell TV line includes the "Genesis" in 55" and 65" profiles and the "Illusion" in 46", 55", and 65". Pricing and availability were not announced today, but these are expected to hit stores this year.