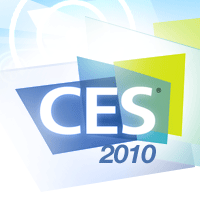 The phrase, "There's an app for that," has helped the Apple iPhone become one of the most popular smart phones in the world by making it easier for consumers to download applications, widgets, and gadgets. "The number of apps users can download, free or for a fee, has become a major selling point for mobile devices," said The Wall Street Journal. "Companies that lack an app marketplace, such as Palm Inc., have suffered for it."

"The opening of Apple Inc.'s App Store in 2007 was the catalyst that had the greatest effect on smartphone sales," said Money Morning. "Instead of just a phone with a few widgets like a Web browser and a music player, phones became remote controls, compasses, newspapers and cookbooks."

Apple now has more than 100,000 apps, and some developers have made up to $1 million per month selling apps in the App Store.
Not surprisingly, the Apple App Store has been followed by a number of imitators, including Samsung, Google, and Research In Motion. Users on the average download from 35 to 40 apps each, for totals of up to 40 million in five months for Android, which has an estimated 20,000 apps.

And, as Apple announced this week, it has hit 3 billion downloads for the iPhone, in less than 18 months -- which is doubled since mid-July, when it hit the 1.5 billion mark.

Intel demonstrated a Dell Moblin-based netbook on an Atom platform running its own themed version of the AppUp app store, during CEO Paul Otellini's keynote speech to CES Thursday night.

Consequently, it's not surprising that Intel has announced an app store for its Atom-powered netbooks made by Acer, Dell, and others, after announcing its intention to do so in September. The first program for netbooks, it follows other similar programs by specifying a 70/30 revenue split with developers.

However, there's a number of questions that remain: