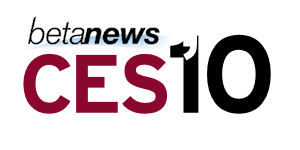 Without a doubt, Android has emerged from CES 2010 as the software platform story of the year. In a strange way, the sudden surge of activity for the platform prior to CES, and even prior to Google's Nexus One announcement the day before CES, is what substantiated the presence of Android in the public discussion this year. Up until now, Linux on the smartphone has been perceived as an "alternative" to the branded systems -- last year, Android seemed to be the culmination of something going on in the "open" space, out there somewhere, categorized under "Other."
Android is not "other" any more. It is here, and very much at the center of things.

So as we look back on our flashpoints from last Tuesday -- the topics we set out to watch throughout the show -- what we find are fewer surprises...but the few we got were big ones.

Next: Winners and losers...