Tight window for developers of Windows Phone 7 Series before Q3

Microsoft CEO Steve Ballmer closed this morning's preview of Windows Phone 7 Series at Mobile World Congress in Barcelona by saying he wanted to diffuse some of the buzz that would inevitably be generated. This after the company intimated to reporters during last January's CES that Windows Mobile 7 would be introduced this week, then later urging them to issue a correction on the name. 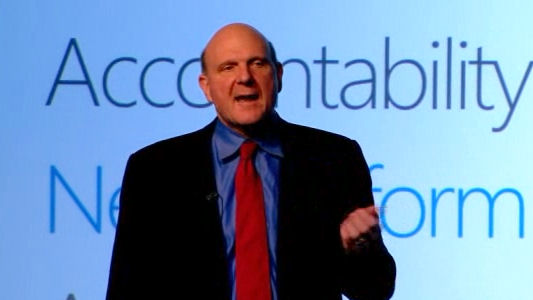 But he left developers in a bit of a quandary, many of whom are now thinking, what do we do now? The Windows Mobile 6 and 6.5 SDKs are still being actively distributed, even though WP7S will run applications through an entirely different model. In the end, the new system may end up being more about the Xbox, Bing, Zune, and Office brands than even Windows, which is represented now almost in name only. Windows Phone 7 Series is not, as Chief Software Architect Ray Ozzie once suggested, Windows on a different scale.

Developers can't exactly continue to build the apps they're building now, even for attractive models such as the HTC HD Mini being announced just today, knowing that the book could be thrown out on Windows Mobile, as a model and a brand, as soon as October. And one of the key missing elements of today's Windows Phone demonstration was the apps marketplace. It isn't known for sure, even now, whether Microsoft will continue to support one, or whether it will do as CEO Ballmer suggested today and let operator partners such as AT&T determine the phones' app distribution model. Just today, AT&T and Verizon Wireless were among two of 24 mobile operators signing on to the formation of a cross-platform mobile app network, the existence of which Microsoft hinted at in conversations with Betanews last November.

Developers may have to wait another four weeks for their first opportunity to see the new Windows Phone system at work. Although Microsoft spokespeople were not wont to provide Betanews with an explicit timetable, the setup for now is exactly right for an SDK rollout on March 15, during the company's MIX 10 conference in Las Vegas.

"We will make both a beta and final release of the Windows Phone 7 developer tools available to developers well before the general availability of Windows Phone 7 devices in market, to ensure adequate time for development," the company's spokesperson told Betanews this afternoon.

That means the tools themselves will need to be tested out. Visual Studio 2010 is officially in Release Candidate status; however, that probably won't exclude it from being the development platform of choice, especially since it uses the Windows Presentation Foundation libraries for its own display environment. Those libraries may end up being necessary for WP7S to be simulated in the VS2010 environment, the way WM6 is simulated in VS2008.

In a post on The Windows Blog this afternoon, the company's Eric Urban simply acknowledged developers' concerns, while pointing to next month for the solution. "Developers are already speculating about the app platform and tools. All I can tell you is that we are going big at MIX10, March 15-17."

Assuming Windows Phones meet the very general timeframe of "Holiday 2010" outlined by Ballmer this morning, developers may only have weeks, if not days, to assemble a completely revised roadmap for supporting the Windows Phone ecosystem. With flexible tiles replacing icons on the home screen, and the mini-desktop model literally being scrapped, developers may not even really know the answer to the simple question, "What is a third-party Windows Phone app?"