As expected, Microsoft is opening the gates for the first (probably the only) Release Candidate for Silverlight version 4 today, for developers who have been playing with the beta in Visual Studio 2010 since last November. The message of the day for Monday from Microsoft is Silverlight 4 as the functionality platform for Windows Phone 7 Series. (The "other series," for now, isn't being mentioned -- at least it wasn't as of 10:20 Pacific Time this morning.)

Last month, developers were informed that Silverlight 4 will be the application platform for WP7S. What we learned today is that Express editions of Visual Studio and Expression Blend will be distributed for free, starting today, for developers to build complete S4 apps from Windows-based PCs, and emulate those apps within Windows using a real virtual machine. Silverlight for developers itself is, of course, already free. 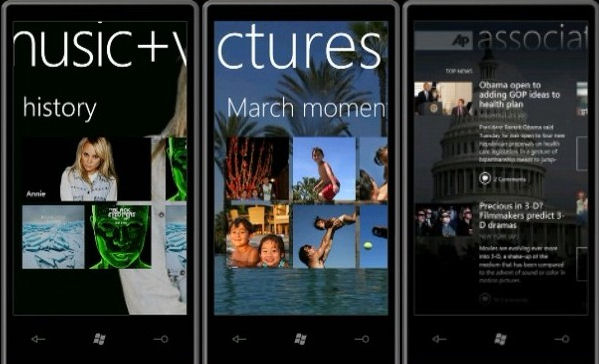 "Using Silverlight, you can deliver awesome applications for Windows Phone 7," Corporate Vice President Scott Guthrie told attendees. "It's fully hardware-accelerated; it enables you to build smooth, fluid UI; you can choose to use either the default look-and-feel of the Windows Phone app [light text on dark background] or...you can have a custom app UI yourself. What this means is, you can build killer applications for this device. 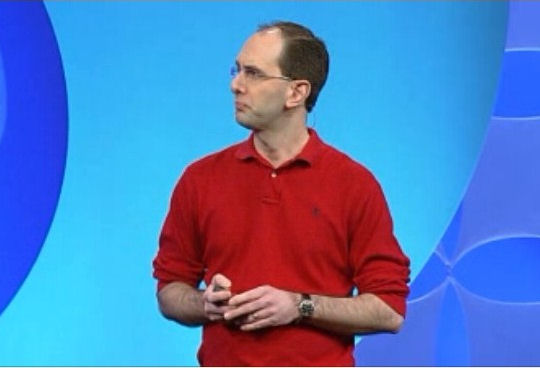 At the start of today's demonstrations at MIX '10 in Las Vegas, Guthrie had shown off the Silverlight 4 Pivot control (shown below), which will also be made generally available to developers. It's a kind of grid for the arrangement of hundreds, perhaps thousands, of objects and thumbnails for presentation as lists or tables. "Deep Zoom" plays a role here, as transitions between thumbnails that are arranged in a heap chart or a grid are fluid and elastic, with every element appearing to effortlessly flow across the screen. 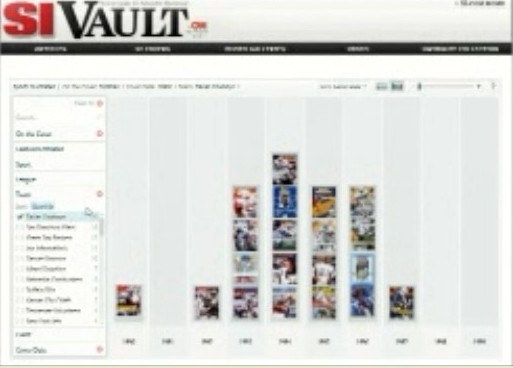 What we haven't seen yet is the new Pivot control specifically being used on Windows Phone 7 Series, although we can assume attempts will be made. With Visual Studio 2010 (as of this moment in the Release Candidate stage, though that could change at any time), a developer creates a phone app almost the same way he'd build a dialog box, by dragging and dropping controls into place and attaching code. 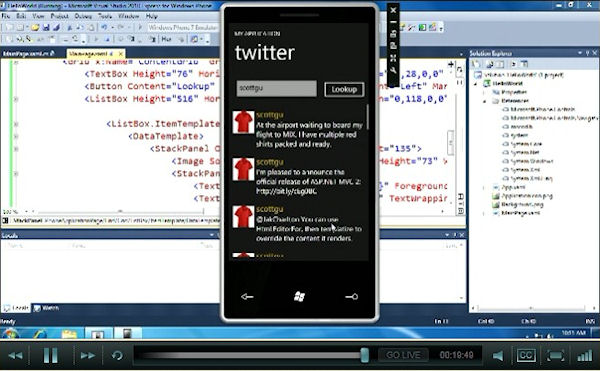 Guthrie's example was actually quite impressive: He remodeled a "Hello, World" app into a Twitter feed follower (above) by binding a list box control to the output of a Web service that contacts Twitter. The response from Twitter is wrapped in XML, and the list box control is capable of parsing XML output. Headings, messages, and avatar icons are attainable as properties. Although Guthrie inserted the layout code for the XML output from a pre-stored snippet, there were only a few lines there, and one can imagine the creation of that code could not have consumed more than a half-hour.

We saw the application that Guthrie developed on the WP7S virtual machine, also released to developers today. This is important, because in lieu of a physical phone for developers to touch and hold (that's still a ways off, we don't even really know what the phones themselves will look like or what they'll be called), this virtual machine will be the only way many developers will be able to tinker with WP7S functionality for the first time.

We did not see the actual transfer of the application to the phone itself. If it's anything like the way .NET Micro Framework apps are transferred from Visual Studio to an embedded device, experience could take on multiple new meanings. In place of direct information on this at the moment, there's a possibility that phone apps are transferred from the PC into a developer's cloud space, and then downloaded to the phone over the air. 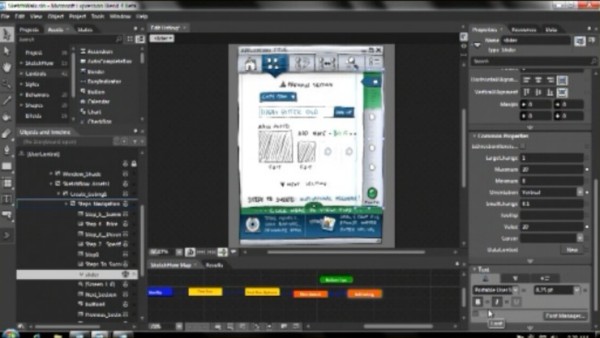 A similar "Express" version of Expression Blend will also be made available for "designers" (those who build an app visually rather than lexically), apparently with the ability to create SketchFlow mockups of Phone apps. SketchFlow was created a few years ago for Expression developers to generate semi-workable mockups of Silverlight apps on PCs. 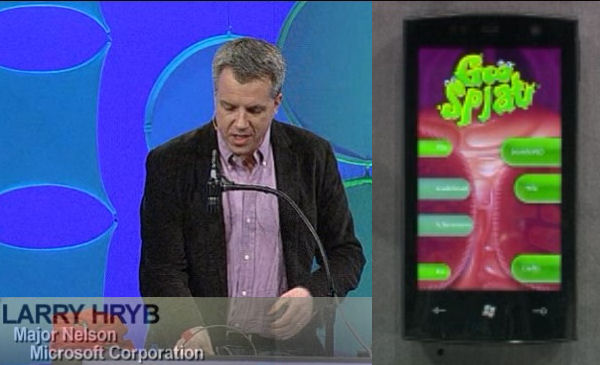 XNA Game Studio 4.0 is also being released for Windows Phones (we are not seeing the word "free" being attached here yet, though we may yet see something "Express"), with the promise of giving VS 2010 developers a single platform for deploying games on PCs, Windows Phones, and Xbox 360. It's important here that Larry "Major Nelson" Hryb cleverly demonstrated the existence of a game that he described as transported from Zune HD with minimal changes -- it's a way of admitting that Zune HD is not one of those seamless platforms supported by this latest XNA Game Studio. 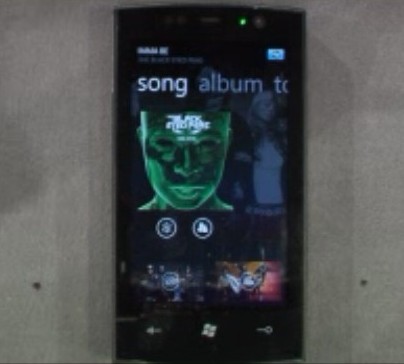 The apps demonstrations were rapid-fire this morning, which is actually a bit unusual for a Microsoft conference that typically demos tools and PC applications in a casual fashion. Helping WP7S to lay some claim to coolness, Microsoft's Jeff Sandquist successfully demonstrated a good-looking, easy-to-use version of an app/service made popular on the iPhone: Shazam. And surprise, wouldn't you know it, it just happened to successfully identify the song "I'm a Bee" by The Black-Eyed Peas (good thing it was censored a bit; this is, after all, a family-friendly conference). I wonder whether Shazam would have recognized the Neil Innes version?

And while we're on the subject of family friendliness, what's a Microsoft conference without a little torture? Taking after the Nintendo Wii's implementation of "Mii's" -- the little people you create to look like you, or like someone, to play your games for you inside the Wii environment -- Scott Guthrie showed off a little Windows Phone "tool" called "Mannequin." It's a little doll you can dress up and manipulate using the phone's multitouch, whom you can carry around with you (be careful not to shake the phone too hard), and whom you can torture at your leisure.

Certainly all of that is in good fun for the folks at Microsoft. But it's here that one suddenly realizes how highly unlikely it would be for an Apple demo to frame Steve Jobs in a similar circumstance.