The missing dimension in 3D TV 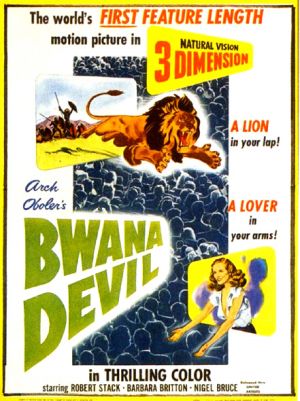 Headlines claiming 3D TV to be the greatest thing since the creation of 2D TV, are sadly more than a little hyperbolic, and I wish the industry would ease back on the PR push to get us to replace our still-new LCD and plasma televisions with 3D versions.

I know this comes as a bit of a disappointment for vendors like Samsung and Panasonic, which last week started selling 3D TVs through US retailers. But anyone who ponies up a triple-digit price premium for the right to wear goofy, overpriced glasses to watch content that doesn't exist yet and can't be broadcast over conventional distribution channels is, to put it gently, gullible.

Samsung, Panasonic, and other television vendors have been working themselves into a tizzy over 3D TV ever since this year's Consumer Electronics Show, where 3D TV was the darling. Unfortunately, they're all in for a very hard lesson. Despite the headlines, breathless press releases, and similarly breathless product reviews, 3D TV has no immediate future in the living room. That may very well change, someday, but it'll take a whole lot of evolution -- in technology, content and marketing -- before 3D makes the mainstream leap from movie theaters to living rooms. Here's why:

I understand the full-court press to move us all into 3D TV. Manufacturers are hurting. After spending most of the decade coaxing us out of our now all-but-gone CRT-based televisions and into bigger, flashier and, yes, more expensive LCD and plasma flat panels, they sat quietly by as we hunkered down though the recession. Now they want -- nay, need -- for us to have an entirely new reason to buy new stuff. There's always got to be a reason to drive the consumer need to replace things before their time. And if this year's reason doesn't take off, watch for next year's CES to carry an entirely different theme.

When my Betanews colleague Tim Conneally called it kids-stuff in an article last week, he was uncomfortably (for vendors) close to the truth. For all the novelty value of watching a 3D movie on a properly equipped home theatre, the realities of content and economics mean it'll be a long time before any of this is as routinely workable as regular old 2D HDTV is today.

In the ideal world, vendors announcing products based on radically new technologies would be greeted by thunderous applause and near-universal approval from rapturous consumers eager to spend whatever it takes to remain current. In the real world, however, announcements are rarely met with such unmitigated adulation. Buyers who have seen and heard it all before are growing tired of overly optimistic vendor claims, and are rightfully challenging them. In many cases, they're simply ignoring them outright.

That seems to be happening in my immediate circle of friends and colleagues, where no one has any plans to replace their current equipment with 3D anytime soon. Their universal conclusion -- which I share -- is it's too early, and too many additional pieces have to come into play before it becomes a reasonable and reasonably affordable choice for consumers. As hard as vendors have decided to push their 3D wares in 2010, they're dreaming in three-dimensional Technicolor if they think this is the year the mass television market moves beyond two dimensions.

35 Responses to The missing dimension in 3D TV