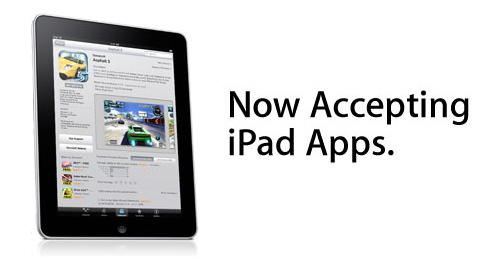 In a message sent to developers today, Apple announced that it is now accepting iPad apps for the iTunes app store.

To have apps approved (or rejected) in time for the iPad launch, they must be submitted to Apple by 5:00 pm PDT on Saturday, March 27. Only apps built with the iPhone SDK 3.2 beta 5 are going to be accepted in this round of reviews.

It has been rumored that the iPad is scheduled to launch on April 3, but the precise date of the device's launch is still undetermined.

7 Responses to Let the rejections begin: Apple opens first round of submissions for iPad App Store