Perhaps the word that best describes the atmosphere in Washington this year is "showdown," with respect to every political issue imaginable -- even those around which there's technically no disagreement. The debate continues over whether terrestrial radio broadcasters (the ones with the big transmitters and the public airwaves) should begin paying the same performers' royalties as Internet broadcasters like Last.fm and Pandora, even though it often seems drowned out by the noise over the just-passed health care reform act, and ongoing legislation on jobs protection and banking reform.

Now, the US Commerce Dept. has come down squarely on the side of the recording industry and rights holders. In a letter sent April 1 to Senate Judiciary Committee Chairman Patrick Leahy (D - Vt.), Commerce Dept. General Counsel Cameron F. Kerry urged Congress to pass legislation that would apply Pandora's royalties to radio stations. 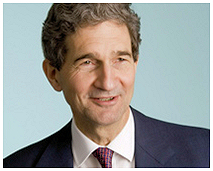 "At the national level, establishing a public performance right in sound recordings and eliminating the exemption for terrestrial broadcasters follows principles of US copyright law," wrote Kerry, the brother of the Senate Foreign Relations Committee Chairman and former presidential candidate. "In the words of the Supreme Court, 'The encouragement of individual effort by personal gain is the best way to advance public welfare through the talents of authors and inventors...' Consistent with this historic rationale for copyright, providing fair compensation to America's performers and record companies through a broad public performance right in sound recordings is a matter of fundamental fairness to performers. It would also provide a level playing field for all broadcasters to compete in the current environment of rapid technological change, including the Internet, satellite, and terrestrial broadcasters. In today's digital music marketplace, where US performers and record labels are facing both unprecedented challenges and opportunities, the Department believes that providing such incentives for America's performing artists and recording companies is more important than ever."

Kerry's comments continue the policy set forth in June 2008 by his predecessor from the Bush administration, Lily Fu Claffee. Both Claffee's letter two years ago and Kerry's last week effectively preached to the choir, with then-House Internet Subcommittee Chairman Howard Berman (Claffee's recipient) and Sen. Leahy both having co-authored this legislation several times already.

But the choir is not the congregation, as a majority of House members from both parties have already signed their name to pledges sponsored by the National Association of Broadcasters opposing the legislation. If it's to pass the House this term, it may need to be attached to a bill that's popular enough to pass with mere perfunctory debate.

The problem is, in this term of Congress, hardly any such bill exists.
"NAB was aware this letter was coming, which is a position taken previously by the Bush Commerce Department," reads the response from NAB Executive Vice President Dennis Wharton. "We're disappointed the Commerce Dept. would embrace legislation that would kill jobs in the US, and send hundreds of millions of dollars to foreign record labels that have historically exploited artists whose careers were nurtured by American radio stations. The good news is that 260 members of the House of Representatives and 27 US Senators are standing with hometown radio stations and against the RIAA."

Wharton's comments come at the start of a potential tidal wave of public sentiment, in response to the US Copyright Royalty Board's call for public comments on royalty rates for both broadcast and Internet radio, for the term starting January 1, 2011 and ending December 31, 2015. The CRB is taking those comments by e-mail sent to [email protected].

Two terms ago, then-Sen. Majority Leader Trent Lott was notoriously successful at getting an unpopular Internet anti-gambling measure passed and signed by the President by attaching it as a rider to a bill that was certain to get Mr. Bush's signature: one authorizing increased anti-terrorism security for US shipping ports. Perhaps in an effort to forestall a repeat of the Lott Maneuver, the NAB this morning pointed press sources, including Betanews, toward an op-ed article in TVNewsCheck by noted broadcasting strategy consultant Tom Wolzien.

Ostensibly about broadcasters' reactions to the FCC's Broadband Plan, the article suggests that if broadcasters continue to be weakened by US policy and new legislation (evidently including the performers' rights bill), citizens would start relying on broadband services on their phones for public safety information, rather than the radio system that works so well today. Or, put another way, weaken the broadcasters and the terrorists might win.
Wolzien writes, "As the nation considers a broadband policy, it has the opportunity to solve the challenge of simultaneous emergency communication to a fractionalized populous. It is a need that we hope won't come, but for which we know we must be prepared. The complementary strengths and weaknesses of broadband and broadcast must be considered, as though our lives depended on understanding those differences. They may."

9 Responses to Obama vs. Congress on radio's royalties exemption