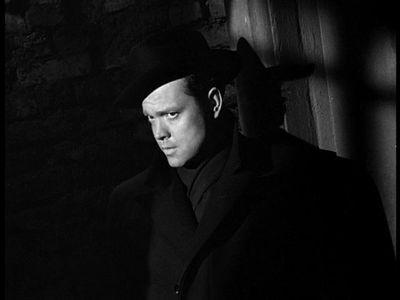 Since 1996, the Federal Communications Commission accepted, and has positively argued even up until two months ago, that broadband Internet service is an information service under US law -- an enhancement to telecommunications service that is regulated under Title I of the Communications Act. But when the FCC made its strongest effort to censure a carrier for net neutrality violations -- its fine of Comcast for throttling BitTorrent -- the DC Circuit Court said that wouldn't fly under Title I.

So policy advocates pressed the FCC to simply redeclare broadband Internet service as a real communications service under Title II. That would put broadband on a par with wireless voice, and give the Commission the authority to tell Comcast, or anyone else, how not to police its network traffic. The downside of that approach could be that US carriers may pull back on broadband buildout investments, which could render the ambitious goals of the Broadband Plan unattainable.

Over the last 48 hours, various news sources indicated that FCC Chairman Julius Genachowski could go either way with this, with the Washington Post's Cecilia Kang citing sources as saying the Chairman will refrain from an out-and-out redeclaration, and the New York Times and Wall Street Journal both indicating he will actually take the dive. But this morning, in an initial, non-public conference call with financial analysts (so much for transparency), FCC officials are reportedly preparing the investment community first for an announcement that the Commission will attempt a hybrid approach that, after the Comcast decision, some experts said didn't even exist.

Early this morning, Broadcasting & Cable called this approach "Title II Lite." The suggestion is that Genachowski would first try redeclaring broadband under Title II, but then after the FCC gives itself the authority to regulate Internet content on a much deeper level, he will then promise carriers not to use all of it ("forbearance").

After analysts were briefed on the topic -- apparently with the goal of dampening the impact this news could have on the Dow 30 index -- FCC General Counsel Austin Schlick released a statement detailing the legal foundation for the Commission's new approach. Peppered with some populist language, Schlick makes the case that while a full Title II reclassification would have diffused business incentives to build out broadband services, Title I simply doesn't give the FCC the authority it needs to execute the Broadband Plan.

"Some big cable and telephone companies suggest the agency should stick with the information service classification, try to adapt its policies to the new restrictions announced by the Comcast court, and see how it goes," Schlick wrote. "This is a recipe for prolonged uncertainty. Any action the Commission might take in the broadband area -- be it promoting universal service, requiring accurate and informative consumer disclosures, preserving free and open communications, ensuring usability by persons with disabilities, preventing misuse of customers' private information, or strengthening network defenses against cyberattacks -- would be subject to challenge on jurisdictional grounds because the relevant provisions of the Communications Act would not specifically address broadband access services. Paradoxically, the FCC would be on safe legal ground only to the extent its actions regarding emerging broadband services were intended to affect traditional services like telephone and television."

Ancillary authority, under the existing system, gives the FCC the authority to regulate broadband service only to the extent that it can prove that regulation benefits its main purview, including the telephone system. The DC Circuit found that the FCC could not prove that telling Comcast to stop throttling BitTorrent benefitted the telephone network.

"The Third Way," as the FCC now calls it, is a clear effort to defer to US Supreme Court decisions that suggested the FCC has the authority to declare what it does not regulate. As a model for deciding what's in and what's out, Schlick refers to the classic dissent of Justice Antonin Scalia in the 2005 Brand X decision. There, Justice Scalia argued that since it doesn't make much difference to the customer whether he receives service through one route or another, it shouldn't make much difference to the law, either.

Dancing lightly over the fact that Scalia's argument was a dissent from the decision, and not actual law, Schlick suggested this morning that the FCC should now embrace an approach that it had vehemently rejected just weeks earlier.

In addition to narrowing the applicability of Title II, the Scalia approach enables the Commission to use the powerful deregulatory tool Congress provided specifically for tailoring Title II's requirements to the Internet Age, and thereby establishing appropriately confined boundaries for regulation. When Congress amended the Communications Act in 1996, most consumers reached the Internet using dial-up service, subject then (as it is now) to Title II. Cable modem service was emerging, though, and telephone companies were beginning to offer DSL broadband connections for Internet access under Title II. Aware of the changing landscape, Congress gave the FCC authority and responsibility via section 10 of the Communications Act to "forbear" from applying telecommunications regulation, so that the new services are not subject to needlessly burdensome regulations. And in section 706 of the Telecommunications Act of 1996 (47 U.S.C. § 1302), Congress directed the FCC to use its new forbearance power to "encourage the deployment on a reasonable and timely basis of advanced telecommunications capability to all Americans."

The upshot is that the Commission is able to tailor the requirements of Title II so that they conform precisely to the policy consensus for broadband transmission services. Specifically, the Commission could implement the consensus policy approach -- and maintain substantively the same legal framework as under Title I -- by forbearing from applying the vast majority of Title II's 48 provisions to broadband access services, making the classification change effective upon the completion of forbearance, and enforcing a small handful of remaining statutory requirements.

"The Third Way" would give the FCC the authority to regulate broadband Internet under Title II using a "cafeteria" approach, letting regulators pick and choose which specific sections apply to the Internet and not telephony, and which do not. Section 254, for example, mandates that the FCC pursue universal service buildouts "in all regions of the nation." It meant for communications service; and if broadband is an information service, then that doesn't fit. Under "The Third Way," the Commission can choose the meatloaf and leave the broccoli.

But the danger, as some policy advocates had already warned, is that such an approach not only picks and chooses which laws to apply, but which portions of the Internet they would apply to. As engineers know, the Internet is structured using layers -- there's a transport layer (which some say is like a communications service) and a data layer (like an information service), among others. As Chairman Genachowski made clear in his statement this morning, "The Third Way" would be applied to those parts of the Internet to which those Title II sections may apply:

"It will treat only the transmission component of broadband access service as a telecommunications service while preserving the longstanding consensus that the FCC should not regulate the Internet, including Web-based services and applications, e-commerce sites, and online content," writes Chairman Genachowski. "This approach would restore the status quo. It would not change the range of obligations that broadband access service providers faced pre-Comcast. It would not give the FCC greater authority than the Commission was understood to have pre-Comcast. And it would not change established policy understandings at the FCC, such as the existing approach to unbundling or the practice of not regulating broadband prices or pricing structures. It would merely restore the longstanding deregulatory -- as opposed to 'no-regulatory' or 'over-regulatory' -- compact."

That may actually be bad news for net neutrality supporters who were expecting the Chairman to re-declare under Title II as a way of ensuring it would have the authority to regulate service monitoring that the FCC did not have with respect to Comcast. A statement yesterday from Open Internet Coalition Executive Director Markham Erickson -- issued back when we believed some hybrid approach would be taken, but we weren't sure which one -- commended the Chairman for taking the steps necessary to do the very things the Chairman himself promised this morning would not be done.

"Limited reclassification of the transmission component of broadband access will allow the FCC to clarify its legal authority to ensure customers are fully protected against blocking or degradation of Web sites and applications of their choice by broadband providers, and that ubiquitous and affordable high-speed broadband is fully built out across America," wrote Erickson. "It is a middle path that ensures that broadband access providers are not subject to an overly regulatory structure, while still ensuring that some basic rules of the road apply. It is a win/win for consumers, Internet and technology companies, and broadband access providers."