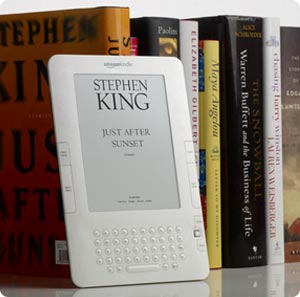 No sooner does Barnes and Noble lower the price of its nook e-reader, than Amazon does the same with the Kindle.
Advertisement

Amazon.com has just announced that the 3G-equipped Kindle 2 e-reader is now $189 (down from $259,) making it $10 cheaper than Barnes and Noble's newly reduced 3G nook.

In May, Bloomberg reported that Amazon would be introducing a new, thinner Kindle in August; so this price reduction could be less an answer to Barnes and Noble's move, and more an inventory reducing move before the new device is unveiled.