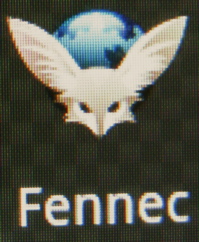 Still in alpha after nearly two years, Mozila on Friday released the latest version of its mobile browser, Fennec for Android 2.0 and higher and Nokia N900.

Several improvements have been made in the Android version since the "Pre-alpha" build was released last April. In addition to interface and performance tweaks, the browser's integration with the desktop version of Firefox has improved, and tools for sharing content are taking a more prominent position.

This week, Mozilla released Firefox 4 beta 4 which integrated Firefox Sync directly into the browser, and in this version of Fennec, the user launches to a personal start page tied to his Sync account. This page presents the user's browser history, tabs open on the desktop, and shared favorites. Mozilla is attempting to create a seamless browsing experience between the desktop and mobile screen, and this is the first glimpse of what the pairing of Firefox 4 and Fennec will do.

"The main focus of this release is to increase performance and responsiveness to user actions," Stuart Parmenter said in Mozilla's official blog today. "This is being implemented using two major technologies, 'Electrolysis' and 'Layers.'"

Layers is not included in this release, but is expected to be fully in place by the time the first beta comes out. Electrolysis, however, is present in this build, and it lets the browser interface run in its own separate process, apart from the process that is rendering Web content. This is meant to make the interface more responsive while content is loading.

Long-pressing links brings up a menu that lets users either open the link in a new tab or send the link via Email, Twitter, Facebook, or Google Reader. Furthermore, when users press the Android "Menu" button, they are presented with the option to save content as a PDF for offline viewing or for sharing.

While these are significant improvements, it is still a very early build, and frequently encounters difficulty. It is not suitable for daily usage just yet, but provides an exciting look at what will be possible in the not too distant future.

Get AOMEI Backupper Professional free for a year