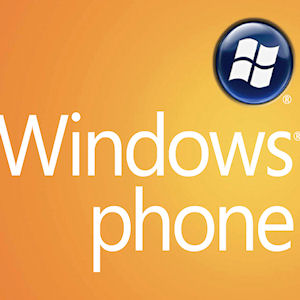 While It has not been explicitly stated whether the event next week will be an event to unveil the Windows Phone 7 launch devices, or be a ceremony to reveal the final RTM version of the mobile operating system (which was launched to OEMs and developers In mid-September,) the participation of De la Vega suggests it will be the former. Furthermore, it was at this same time last year that Microsoft launched the Windows Phone brand, so the timing of this event also falls in line with Microsoft's mobile development calendar.

Coincidentally, later in the same day, T-Mobile and HTC are expected to host a press conference also about Windows Phone 7. A lot of information about the HD7 has already leaked from O2 in Germany, and it is purported to have a 4.3" touchscreen, 1GHz Qualcomm processor, 576MB RAM, 8GB of built-in storage, Quad-band GSM and dual-band HSPA/UMTS radios, and a 5 megapixel LED flash camera.

Regardless of the carrier launching Windows Phone 7 next week, the events will mark the end of a rough three years for the Windows brand. Both of the consumer operating systems Microsoft released in 2007, Windows Vista, and Windows Mobile 6, were subjected to harsh criticism from both the media and consumers.

Now that Windows 7 has been released to a more welcoming public than its immediate predecessor was, it's time for Windows Phone 7 to do the same.