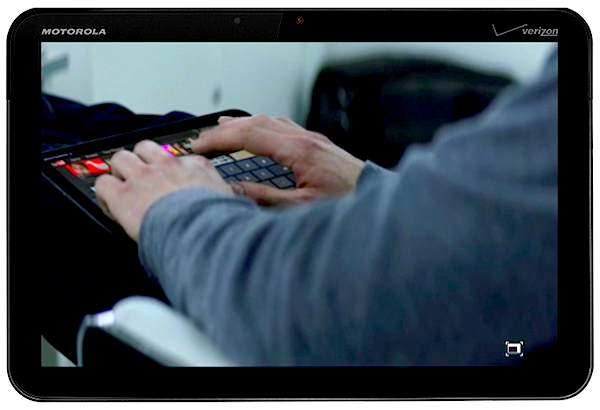 This morning I asked: "Would you pay 800 bucks for the Motorola XOOM?" The answer is a resounding "No fraking way, Jose!" A leaked Best Buy advert suggets the Android 3.0 (e.g., Honeycomb) tablet will be available on February 24 for $799.99. The price sure surprised me and incensed some of you. All I can say: The pricing won't cause Apple CEO Steve Jobs to lose any sleep over potential iPad competition. But Mobile World Congress convenes in one week, and Samsung already has hinted that the Galaxy Tab's successor will be announced there. So Jobs shouldn't blissfully dream yet.

"Never in a million years," writes ezryder in Betanews comments. "The right price, as noted by others, is about $300-$400. No contract. WiFi only. Because really, do you need the damn thing fully connected all the time? And even if you do, turn your phone into a hotspot and WiFi tether the thing to it. The best value right now, by far, is a rooted Color Nook -- $250, and it has a screen with the same res as the iPad, only it's 7 inches instead of 9.7 inches."

"Apple set the bar," Betanews reader Larry Chapman writes via e-mail. "Anything more than that is too high." Apple offers six different iPad configurations, from $499 to $829. The single XOOM model, available through Verizon, is most comparable with the $729 iPad, although there are dramatic differences -- dual-core processor, two cameras (front and back), 1GB system memory and true multitasking, among others.

Many people will ask "Why?" -- why XOOM doesn't cost less. Writing for GigaOM, Kevin Tofel gives a smart answer. Apple pre-pays for components, "likely gaining a discount as a result. Such a strategy helps in two ways. Apple can more easily manage inventory than its competitors and it enjoys cheaper component pricing to help manage device costs." Tofel identifies one reason for the strategy: Apple's $50 billion-plus cash horde. But as I explained last month, Apple's success with iPod and iPhone benefit iPad, which inherits manufacturing and distribution logistics, including existing component relationships. Apple ships volume like no competitor, which is leverage for assuring component supply and better pricing.

"Samsung is in a similar advantageous position because it relies on fewer companies for the components it needs to build smartphones and tablets: the company builds its own processors, displays and flash memory parts," Toffel explains. "More than half of Samsung Galaxy Tab's component price is made up of Samsung products, for example. Motorola on the other hand, is completely dependent upon other companies for nearly all of the components in its devices, and in particular, the XOOM tablet."

So here's another question for you XOOM price haters: Should you blame Apple and not Motorola for XOOM pricing?

"I was definitely considering the XOOM, but I think I will wait for the iPad 2 and then make a decision," Richard Guglomo writes by e-mail. "Eight-hundred dollars is way too high when the iPad is so much less expensive. The novelty of using the Honeycomb is just not that compelling." He reminisces: "I remember when I had a IMSAI S100 bus computer and bought my first memory board. It had 64 Kb of memory and was 10" by 4" and fit in a slot. I think it had 64 1Kb static memory chips. Wow have things changed. One thing I do want is multitasking and the iPad1 does not have that. Yet. I will wait and see."

Robert Mirasol responds by Twitter: "Not a chance. $399, tops." In comments, Kevson241 gives three reasons why not:

1. Price -- way too expensive. They should have offered different models at a lower price.

2. No WIFI only version. Not everyone wants to have 3G.

3. WiFi will be locked unless you buy at least one month of data service? Are you kidding me?

Ruslan Parsegyan also is disenchanted. He writes via e-mail: "When the first price of $800 leaked on the web, I was in shock that they will overprice the tablet compared to their rival, the iPad." An earlier leak with lower pricing ($699) and earlier release (February 16) had Parsegyan "actually contemplating purchasing the XOOM tablet," for his birthday, which is close by. With the upcoming recent news that the tablet will cost $800 plus a one-month 3G plan of $20.00 minimum + taxes + $39.99 protective case (necessary for high priced tablet) equals -- total out the door price -- $916.32."

"Personally I would not spend nearly $1,000.00 on a tablet that limits my ability compared to what I can do on a laptop PC," Parsegyan emphasized. "It needs to be priced between $500-700 to get my attention."

Writing in comments, Bob Bradley doesn't mince words: "A definite no. I wouldn't pay that much for an iPad, why would I pay it for a XOOM? Until the price is less than $300 and not tethered to a cell company, I can do without. I can see a cell carrier for a phone but not for a tablet. WiFi is all I need. I don't think I'm missing much."

John Highman is "going to buy an Android tablet this year. I hope." But not for $800 -- more like $500, with WiFi, Bluetooth, no carrier contract and ability to "seamlessly tether to my Android phone via Bluetooth or WiFi. I already pay Verizon enough every month, and my phone comes with me every where. If I want to use the tablet for internet access, it can go through my phone, thank you very much."

But one reader, appropriately identified as Beta Me, isn't intimidated by XOOM pricing: "I am a tech whore." Hehe, aren't we all? "I would get it for $800." Maybe you, but none of the other tech whores here today.