As the world slowly recovers from years of economic crises, the United States remains in peril with both a massive deficit and the lingering unemployment problem. This year, Consumer Electronics Association President Gary Shapiro has emerged as one of the few industry organization leaders who has put the health of the U.S. economy as his primary focus, and he's done so with great conviction.

But most of Shapiro's vitriol was channeled into his book The Comeback: How Innovation Will Restore the American Dream, where he pulled no punches about the government's negligent partisanship and overgrowth, and how it has resulted in an economic situation that cannot be fixed by simply cutting spending or by increasing taxes.

It requires strategy, method, and a serious grip on reality.

"One of the jobs of a leader is to ensure that people agree upon a strategy. We haven't had that for a long time," Shapiro continued. "Kennedy articulated a strategy to be first nation in space, Reagan wanted us to be first in defense, Obama's strategy …maybe… is to be first in innovation."

At least, that seemed to be the case in President Obama's State of the Union address in January, when he said the U.S. needs to "out-innovate, out-educate, and out-build the rest of the world."

Indeed, much of what the President said in his address seemed to come directly from the CEA's Innovation Movement, which Shapiro entreats readers to join at the end of his book.

"Take a look at President Obama's state of the Union address," Shapiro suggested. "He basically adopted the Innovation Movement's platform, and then he's spent the last two weeks going around the country talking about innovation. There's so much similar with the content of my book that I've been bombarded with e-mails asking if the White House's speech writer is using it to compose these speeches! It's quite gratifying."

Of course, Shapiro's accord with the President fizzles out from there, but it's a start.

Shapiro said President Obama hasn't quite driven the point home hard enough. But what's worse, having a clearly-stated goal is only one step forward, and an easy one at that. Optimism about our global competitiveness is actually something most Americans can appreciate. The hard part is tackling problems that don't result in anyone being appeased; specifically, the national budget deficit.

"It's kind of a common view among the thinking people in Washington that the problem is beyond serious at this point," Shapiro said. "Nobody wants to tell the truth any more. Both parties are being rewarded for not telling the truth. Democrats say 'No problem,' and Republicans say 'We can cut waste, fraud, and abuse…' but nobody is willing to say what decisions must be made." 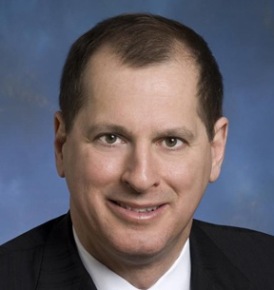 "You have to choose what you want, and you can't have a government that does everything," he said. "You can't have 50% of Americans receiving a check from the federal government, fight two wars, have several hundred thousand people [stationed] in Europe and Korea, and also have stimulus packages, Cash for Clunkers, TARP, Medicaid, Medicare, Social Security, first time home buyer protections, and packages of lending all over the States. You can't do everything."

Naturally, cutting back is a significant theme in The Comeback. But Shapiro also presents suggestions on everything from education and health care reform to energy policy improvement.

Establishing national priorities is also a theme in the book, and Shapiro offers some main priorities that would contribute to the U.S. success in the long term. First, reform the H1B visa program to let the world's most innovative minds become Americans, next, complete our outstanding free trade agreements so we can improve our international business, third, reduce litigation between and against U.S. businesses and abolish "patent trolls." The best part, Shaprio pointed out, is that none of these requires any new programs or additional funds.

The CEA, after all, is not in the habit of asking for money.

So what can we do? The tech sector workers, the IT admins, the software developers who have increasingly come to represent America's workforce?

"IT professionals have to engage in [the issues presented above] because frankly, they're smarter than the politicians who make decisions only in the short-term interest," Shapiro said. "If you're an IT person, you don't make decisions like that, applying temporary patch upon temporary patch. If our politicians are only doing quick fix patches, they will quickly destroy the system. You've just got to forego the quick fixes, and focus on the future."

3 Responses to Toward a New American Ingenuity: CEA's Gary Shapiro