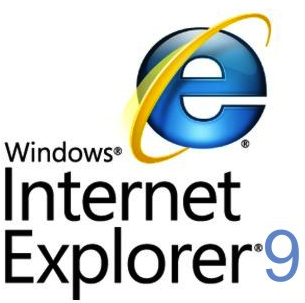 It's been just about five months since Microsoft put out the first beta of Internet Explorer 9, and on Thursday, it officially reached Release Candidate (RC) status, and is now just about feature-complete.

The hallmarks of Internet Explorer 9 RC are: its support for new Web technologies based on HTML5, its treatment of sites like apps with pinnable shortcuts that can send dock notifications, improved privacy and tracking protection, and the ability for users to set filters for ActiveX elements on the Web.

It has received some cosmetic and functional UI upgrades since the beta release, as well. Most importantly, browser tabs can now be set to pop up in their own row.

Because browser tabs are jammed between the address bar and the navigation icons by default, you could only have twelve browser tabs open in IE9 before they run out of space, and must be scrolled through.

Now, the option to right click and "show tabs on a separate row" has been added, and browser tabs are moved under the address bar. The appearance of tabs has also changed very slightly, and so has the download manager.

And, of course, performance has been improved. Microsoft says it made over 2,000 changes between the last beta and this release candidate, tightening up Chakra's JavaScript performance, and promising faster starts, pageloads, and lower power consumption.

For developers, Microsoft has also released a package of header files and libraries to help facilitate development of Windows applications that use Windows Internet Explorer 9 Release Candidate. That package is available here.