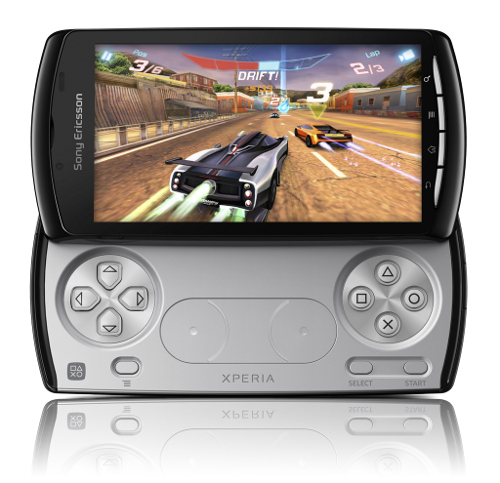 Xperia PLAY is a 4" touchscreen slider, but instead of sliding to reveal a keyboard like most slider phones, it reveals PlayStation-style controls and buttons like Sony Computer Entertainment's PSP Go. It's powered by Qualcomm's 1 GHz Snapdragon processor with the embedded Adreno GPU capable of 60fps playback 3D gaming. It also features 400MB RAM, support for up to 32GB MicroSD storage, a 5.1 megapixel flash camera, aGPS, Bluetooth 2.0, and 802.11 Wi-Fi with hotspot functionality.

Thanks to a patent application Sony Ericsson filed back in 2006 for a video game phone, rumors of a PlayStation phone have been persistent and long-running. But Sony Ericsson in January revealed that it wouldn't just be releasing a single phone, but a whole gaming platform that lets other Android smartphones become "PlayStation Certified."

This certification creates a new branch in Android applications which will include games optimized for PlayStation Certified devices and PlayStation One titles emulated to run on them. These will be accessible through the PlayStation Suite application which the PLAY will have built in.

In Sony Ericsson's product announcement today, it said titles such as EA's Need For Speed, Sims 3 and a multiplayer version of FIFA '10 will launch on the platform, as well as GLU Mobile/Activision's Guitar Hero, and Gameloft's versions of Assassin's Creed and Splinter Cell. Of course, nearly all of these are already available on Android (Guitar Hero 6, Assassin's Creed, Need for Speed, Sims 3,) in fact, Sony Ericsson only showed off three exclusive titles at MWC today: Star Battalion, FIFA 2010, and Need For Speed Asphalt.

The Xperia PLAY will be available globally in selected markets beginning in March, and is expected on Verizon Wireless in the Spring. No pricing has been announced yet.