The different epochs of consumer computing are marked by catchphrases that coincide with the great money-making technology of the time. At the dawn of the twenty-teens, we're already well into the generation of "smart devices." Let's take a look at what brought us to this new age of smartness.

In the 8-bit computing era, everything was "micro." From microprocessors were born microcomputers, and from there we had a whole slew of products, brands, and companies using the prefix in their name: Microprose, Microsoft, Microware, Microvision, BBC Micro and its related TV show Micro Live, Micro-Star International (MSI), and Micronics. 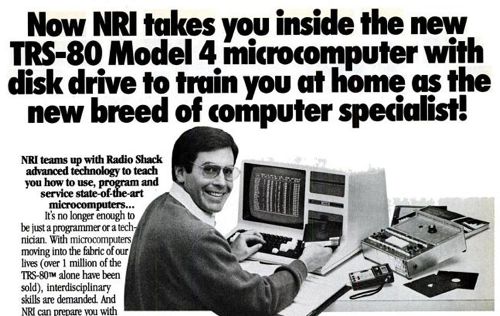 According to Google's Ngram viewer
1985 was the peak of the term's overuse before it started to decline. Today we still hear buzzwords using the prefix (microtransactions, microblog, and micro four thirds cameras) but it is far from the term it used to be.

By the mid-1990's, the "micro" prefix was replaced with the shorter and buzzier hyphenated e, and the slightly more apocryphal prefix "Cyber-."

Though "Cyber-" was applied in the consumer space (Sony Cybershot, Wal-Mart's Cyber Home brand,) it was mostly left to high concepts or anything the media wanted to sound sinister (cybercrime, cyberwar, cybersex.) The term was even tied for the American Dialect Society's word of the year in 1994 (with the verb "to Gingrich,") but it didn't have much staying power because of a general lack of industry adoption.

The "E", however, was everywhere. As we all know, it stands for "electronic," and has been applied to pretty much anything that is an electronic counterpart to something available elsewhere: e-commerce, e-mail, e-waste, eMachines, e-books, e-zines, eJournals, e-statements, e-learning, and e-government. As traditional consumers gradually became Web-connected consumers, the e-prefix flourished. Many of the terms coined in that time still enjoy common usage. Still, it is an emblem of the era, perhaps best used by HP in 1999, when it mashed up two quintessential 90'sisms in a tech report, and came up with the general term e-whatever.

But the e-revolution led to the dot com bubble bursting in 2001, and there was a general lull over the consumer tech industry's buzz machine at the advent of the new millennium.

2003 was a year that the Consumer Electronics Association said was one best left forgotten, but wherever there's money to be made, there is new slang to be abused, and 2003 was followed immediately by the explosion of "Web 2.0.", and "social," (a term from which we haven't yet even begun to recover,) then five years later, the explosion of "apps" after Apple unveiled the iPhone App Store in July 2008.

The terms from the late 00's are still in strong use today, but the consumer adoption of smartphones and the growth of embedded platforms is turning "Smart" into the latest buzz prefix in electronics: Smartphones, Smart cards, Smart cars, smart glass, smart grid, smart terminals, and smart boards.

Grabbing a firm hold of the term, Samsung has been pushing its "Smarter Life" product campaign for 2011; and today launched the campaign in the European Union. In a single press release this morning, Samsung utilized "smart" 19 times, referring to smart TVs, smart hubs, smart connections, and smart Blu-Ray products.

Of course, the concept of "smart" stuff isn't at all new, and telecommunications industry paper Teleconnect summed up the concept almost 25 years ago with its description of "smart phones…controlled by microprocessors internally." 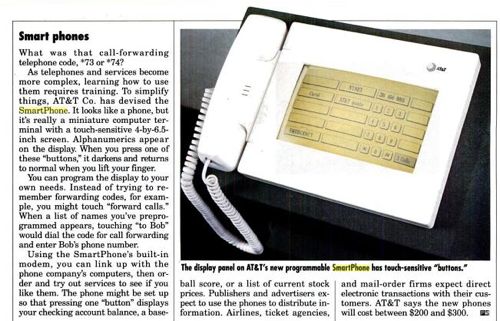 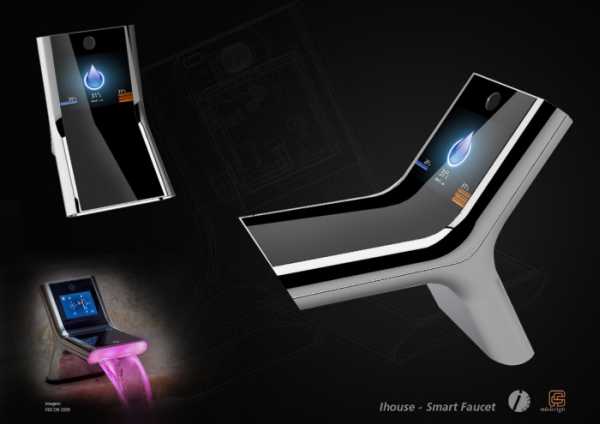 Today, CPUs are being added to everything from wall outlets to faucets, and expanding both the scope of consumer electronics, and the frequency of "smart" in our daily conversation. We may only be two months into 2011, but there are already entire product lines of "smart goods" from global electronics companies waiting to be released to market this year.

12 Responses to "Smart": the next soon-to-be outdated tech buzzword