The conversation surrounding Net Neutrality should include Device Neutrality

It is understandable to think the Net Neutrality argument is new, but it is actually rooted in legislation that first passed in 1860. The Pacific Telegraph Act, which was passed in that year, essentially stated that no individual or entity, save the government, would be given preferential access to information which they were entitled to.

While today's Net Neutrality debate is surrounded by a much more complex information infrastructure, the same basic principles apply. A consumer's right to access information to which they are legally entitled is protected, and content carriers may not prioritize one customer or content provider over another.

I would also argue that the legal protections around how content is delivered should also, logically, be extended to how that same information is consumed.

Our information infrastructure and the legal framework surrounding it have always been viewed as paramount to the continued success and health of our society. Principles as fundamental to us as Freedom of Press are dependent on everyday citizens having access to information.

In the 20th century, the FCC maintained a fair and equal distribution of information by enforcing legislation that regulated "Common Carriers" such as telephone networks and radio and television, which used regulated airways.

However, as we all well know, the mediums by which we communicate and consume media are changing. As such, the rules surrounding the delivery and consumption of information must also adjust. Cable companies are not bound by the same laws that their predecessors were.

At first, it's easy to think that without the confines of regulation, cable and media companies would innovate faster than their predecessors.

In fact, the opposite is true, and the reason is economics.

Comcast posted a $3 billion profit last year, and has just merged with NBC Universal who posted a nearly $1 billion profit in 2010. Said plainly, the largest player in the country's information infrastructure and one of the largest media conglomerates in the world are now one company with a balance sheet that rivals the big oil companies. Where is the motivation to move beyond the status quo?

Furthermore, the much more dire fact is that these companies are actively seeking to stifle innovation because there are no laws to preclude them from doing so.

As consumers look to alternative means to consume media and more companies innovate ways to do just that, there has been continued "bullying" by Comcast and big media companies such as NBC Universal. 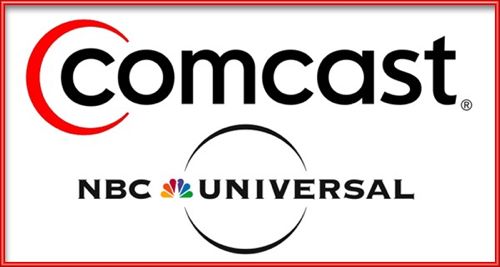 • As recently as November of last year, Comcast leveled a fee at Netflix partner Level 3 in order to continue serving Netflix Movies to Comcast customers. While Comcast claims this was a simple commercial dispute arising from Level 3's disproportionate consumption of bandwidth, watchful Net Neutrality advocates could not help but be suspect of the motives. In a recent JP Morgan survey 47% of streaming Netflix customers say they have cut or would consider cutting their pay TV service.

• ABC, NBC, CBS, Hulu and more blocked access to their online content via Google TV. While broadcasters cited concerns that placing their content into the Google TV interface positions them alongside pirated materials, the reality is their previous behavior disputes this reasoning. Some or all of them have also blocked access to their online content via a PlayStation3 and Boxee, neither of which presented their programming alongside pirated content. You can now pay for access to some Hulu content on all 3 of these devices with a Hulu Plus subscription.

In essence, content which customers are legally entitled to for free is being blocked on third-party devices and consumers are forced to pay a subscription just to access that content on those devices. 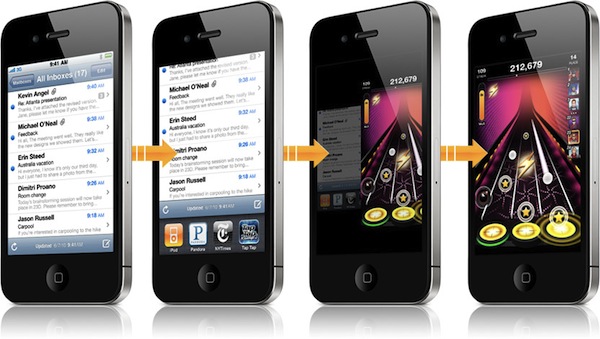 • In our experience with our own product, PlayOn, we have run into similar issues. When we released the iPhone version of our application and submitted it for approval to Apple. Hulu submitted a letter to Apple stating that PlayOn was an "illegal product" and that we should not be allowed to be distributed via the App Store. We sent a response to Apple outlining all of the reasons we were in fact legal, after which our application was approved for distribution via their App Store.

So what was Hulu's true motivation for the letter? Well, we can't speak for them, but we can tell you that PlayOn allows you to view Hulu on an iOS device without a Hulu subscription, just as you can at Hulu.com. Hulu distributes a Hulu Plus application in the App Store that requires customers to pay $7.99 per month to view Hulu content on their iPhone.

The fear that initiated the Net Neutrality movement has actually come to fruition in what is essentially Device Non-Neutrality. We are seeing media companies that want to allow you to view their content for free on your PC, but charge you if you want to watch it on some other device -- like your TV or mobile phone. They are devising business models around the assumption that they can have their content available for free online AND still dictate how it is consumed.

They have every right to charge for content, there is no disputing that. However, if they wish to make content legally available for free they may not tell consumers how, where, or when they may watch it for free versus pay for it.

They are not required to provide an infrastructure to view their free content in your living room, but it is my strong opinion that they also should not have the right to block or prohibit technologies that do. 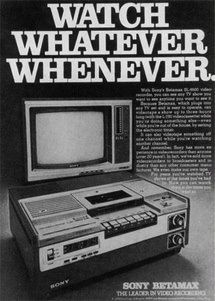 This is not a new battle. In the 1980's The BetaMax (VCR) Case (Sony Corp. of America v. Universal City Studios, Inc.) clearly established (at the Supreme Court level) that the media producer could not dictate when you could watch material it had made legally available to you.

Does it not follow that they can also not tell you on which device or screen you may privately watch this content? To see it differently would be directly contradictory to the spirit of laws that have been in place since the 1800's to foster the free flow of information to as many as possible and to promote innovation in the delivery and consumption of that information.

The good news is that our government has begun to take notice. I was recently invited to Washington DC to speak with both Congressional Staff and White House Staffers on this issue. They seemed to understand that this is a rapidly changing arena and that the body of law surrounding the topic would need to adjust accordingly.

While they are proceeding very deliberately and cautiously --as they should-- there has been some movement. In December, the FCC approved new rules banning cable television and telephone service providers from preventing access to competitors or certain web sites such as Netflix. There is movement to repeal those rules and a strong grassroots effort to uphold them. While it may seem like I am advocating the ability to watch Netflix movies for cheap, or the ability to watch your favorite sitcom without paying for cable TV, much more is at stake.

Information flow is the circulatory system of a society. Recent global events serve as inspiring reminders to this fact. We have always known this, and historically protected that flow from overreaching commercial ambitions that, left unchecked, can become almost analogous to oppressive political regimes.

Now we are at a crossroads where we must ensure that those protections continue. There is still plenty of money to be made by all involved, but we cannot sacrifice access or innovation in the pursuit of capital.

Too much is ultimately at stake.

Jeff Lawrence is President and CEO of PlayOn, and is responsible for the overall strategy and business with a focus on product development and strategic alliances. Before becoming president of PlayOn, Jeff served as Senior Director of Broadband at GetConnected, developed strategic solutions for McGraw Hill with Booz Allen & Hamilton's strategy group, worked at Accenture's Systems Integration Group focused on the telecommunications industry, and managed the development of Legacy replacement billing system and service order applications at Bell Atlantic (not all at the same time!) Jeff holds an MBA from Columbia Business School, and a B.S. in Electrical Engineering from Cornell University.