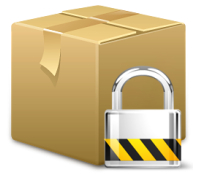 Just how are your files encrypted when you back them up online? If you're lucky, your backup provider will perform the encryption and decryption of your files on your computer, so they're already encrypted prior to being uploaded. That means the backup company can't access those files, whatever happens.

But what if your backup company, like Dropbox, performs the encryption at the server end, and then suddenly changes its terms and conditions to allow it to hand over your data to the authorities if they demand it? You could change backup provider, but that might not be practical. Instead, you need a solution that encrypts the data for you, allowing you to upload a secure, encrypted version that only you can access. One such solution is BoxCryptor.

BoxCryptor is currently in beta, and will ship in two versions: free, which limits your encrypted data to 2GB, and unlimited, which will be available for a one-off cost (€9.99 for personal users, or or €29.99 for businesses -- that's US $14.29 or $42.91 at today's exchange rate). The beta version currently only supports the free 2GB account.

Installation is simple, as is setup: just choose a folder, assign it a drive letter and add your password, which will be used to encrypt it. Then just copy all your sensitive data into this folder, which can then be added to your online backup. The folder will be uploaded fully encrypted, ensuring your data stays private, whatever happens.

If the price is too steep for you, we recently revealed that you can use the open-source tool Truecrypt instead. Truecrypt, which also works with Mac and Linux, is more complicated to set up, but you're able to create encrypted folders much larger than 2GB.

For simplicity though, many people will still be tempted by Boxcryptor, which is available now as a free download for Windows XP (.NET Framework 2.0 or later required), Vista or 7. If you're looking for an online backup provider that encrypts your data on your computer prior to uploading it, take a look at Wuala, AVG LiveKive, or SpiderOak.