Software Assurance: How Microsoft gambles with your money 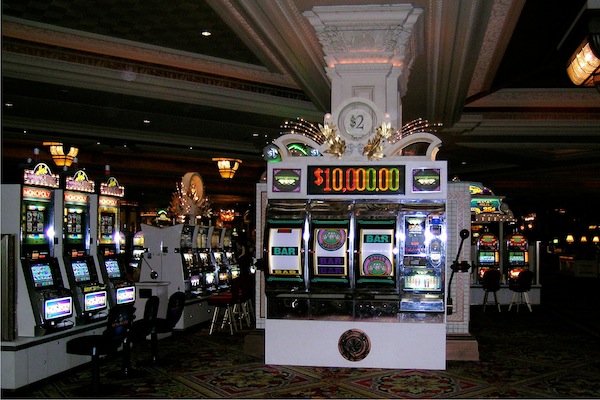 Second in a series. Microsoft makes no assurance that Software Assurance customers will get access to new products, even though they pay 29 percent of the full desktop software price, annually, over a two- or three-year period. It's 25 percent for server software. As I explained earlier today, Licensing 6.0, which Microsoft debuted 10 years ago this month, commits seven deadly sins. I present here the first of seven.

Software Assurance is probably best compared to a Vegas casino. The odds of a big win are about the same, and the house always wins in the long run. I have difficulty coming up with a comparable business scenario in which:

Sounds more like carnie game at the state fair than a commercial transaction. (My apologies to the carnies in the audience; at least their customers can have fun even when they lose.)

Some Software Assurance defenders compare it to insurance, but the insurance industry goes to great lengths to calculate the probability of an event occurring and sets the prices of insurance premiums accordingly. If Software Assurance were done that way, its price would be lower just after the release of a new product, since the release of the next version is years away, and the price would rise closer to the likely release of the next version, when the odds are more favorable that the customer would actually get something. But that's not the Microsoft way. Regardless of the risk, the bet is the same.

At times, the losses have been significant. Early adopters of new products can lose because the release of the next version is more likely to occur after their Software Assurance expires. In some cases, it doesn't make much difference when businesses buy a product: the release date is so far out that many customers will lose.

For these customers Microsoft offered no refunds, no extensions and no compensatory discount on Windows 7, when they finally got an operating system upgrade they wanted to deploy.

While so far, such misses are the exception -- most of the time, most customers will get at least one upgrade, and Software Assurance offers other benefits besides upgrades -- the upgrades and other benefits will rarely ever result in a really big win for customers. In future installments of this series, as I explain the choices customers need to make and the benefits they get, it will be clearer when the customer wins; however, the difference between a win and a pass on Software Assurance is rarely that great.

Keep in mind that if you don't buy Software Assurance, you're also gambling. You're gambling that Microsoft won't come out with a compelling upgrade within the next 3-4 years. Although it's a gamble, customers have a bit more control over the odds here, because those who take this side "win the bet" if they stay with the current product as long as possible. The more years they don't pay Software Assurance, the less likely that they're going to pay more than the regular license price.

7 Responses to Software Assurance: How Microsoft gambles with your money