I'll take Windows and a good browser over Chrome OS 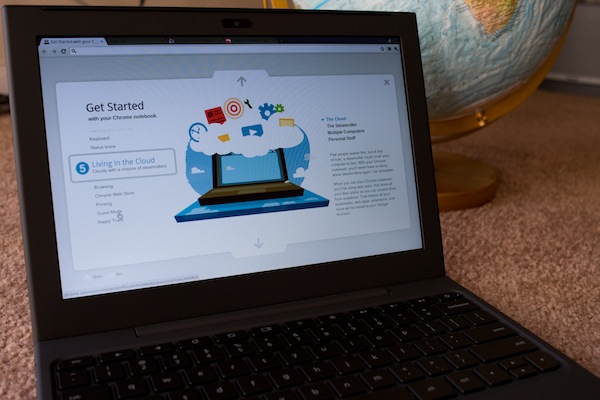 It's point-counterpoint time. In the first of two posts about Chrome OS and Chromebooks, Larry Seltzer argues that Google and its partners are putting "old win in new bottles" -- that Google's cloud-based OS and laptop concept isn't defined by what it can do but by what it can't. Joe Wilcox responds with "Chrome OS is only a failure to people living in the past."

The web as a platform is a really old idea, by tech standards. You really began to hear people talk about it seriously 15 years ago, although of course the tools were primitive then. It was no later than 1998 when I began to see products to implement this, including client systems that were "web-only." I recall terminals from the likes of Neoware and Wyse that were really Linux boxes with a browser user interface as the shell. The Java PC from Sun and IBM was a similar idea in that the client was dumb and manageable and all the software resided on the servers, although it used mainly Java apps. Yes, the web has changed and improved a whole lot since then, but so have client systems and the management of them. This is why the Chromebook is old wine in new bottles.

Local processing and storage are cheap and powerful; why give them up? What is a Chromebook? In fact, it is defined not by what it can do but by what it does not do; there's nothing that a Chromebook can do that a Windows notebook running Chrome browser cannot.

Chrome OS runs a very small and controlled set of applications that run inside the Chrome browser, and these are unlikely to be real apps as we understand them. The user interface is limited to what Web 2.0 can do, which is not bad, but it's certainly less flexible and powerful than a full graphical user interface. By avoiding any meaningful local storage the Chromebook guarantees greater use of bandwidth and slower response in many cases. Caching is one of the most important performance mechanisms at all levels on the Internet down to your device. ChromeOS makes local caching harder.

It's interesting and (I think) embarrassing, but perhaps not a really big deal, that Chrome OS can't print directly to printers on the local network -- see Chromium OS Printing from Google. Chrome OS can only print through the cloud, either to a cloud-aware printer (not a lot of those now) or through a Chromium Print Proxy server -- e.g. a Windows, Mac or Linux box that acts as a print server to a local printer from the cloud. In other words, to print a 100-page document on the printer right next to me I need to send the entire metafile up to the cloud from where Google sends it back down to the print proxy. This is a huge and stupid waste of bandwidth if I ever heard one.

There are some small claimed advantages of a Chromebook over a notebook running a full OS like Windows or Linux, such as the fast boot time, but mostly it's a matter of manageability. As a friend said to me about it, giving up local processing and storage is the whole point, because local state is the source of much grief for administrators. But the fact is that all the centralization of state that is possible with Chrome OS is as possible with real computers, and in some cases this arrangement can be misleading.

Some say that a Chromebook doesn't need antivirus, but that's true only to the same degree that Macs don't need it. Everyone in the security community knows that malware and vulnerability exploits on the Mac are totally possible and practical. They are rare, although some -- mostly vendors trying to sell Mac security software -- claim that such attacks are on the rise.

The Chromebook is a completely plausible target for attack, if a fairly hardened one. It is a computer running a local operating system. The Chrome browser and plugins are potentially subject to attack. Those attacks could compromise the local computer or they could compromise the user's centrally-managed state. Security for most of this could run on the server, but wouldn't it be good to take advantage of local processing power to check things there too?

Then there's the whole Google Apps end of it. If moving your company to Google Apps Premier is a big deal, adding Chrome OS makes it a far bigger deal, because you're utterly at the mercy of Google and Google Apps. No local backup possibilities. If a page doesn't work in Chrome, you can't just load up Firefox or Internet Explorer. I'm actually a Google Apps Premier customer, having migrated from hosted Microsoft Exchange, and it's still an iffy proposition.

A lot of organizations that did the migration only did it because Google created GASMO (Google Apps Sync for Microsoft Outlook), but Chrome OS means that you're committing to use Gmail and Google Calendar all the time. Gmail is cool and powerful in its own way, but there's a lot that big corporations do that Outlook does better, and Google Calendar is pretty weak compared to Exchange.

One last point: Offline access. I was at the JavaOne conference in, IIRC, 1997 when Scott McNealy said that he didn't have a desktop computer anymore, he just used a Java PC. Putting aside the fact that this had to be an utter lie and that the man's so full of shit his eyes are brown, I thought at the time that he must not do a lot of work on airplanes, because Java had no offline model at all. Nowadays Wifi is ubiquitous, but it really could be ubiquitouser.

Think on whether you really want to use a computer that can't do a damn thing if there's insufficient Wifi signal. Getting back to airplanes, for example, Wifi is widely available, but it's expensive and many airlines don't offer it at all. With a regular PC you can still work offline.

Chrome OS and Chromebook is just another pitch for thin-client computing. It didn't work in the 1990s, what's really different now? If less-is-more computing is your idea of a productive workday, by all means embrace the Google cloud. I'm sticking with my Windows laptop, while you work in the rain.