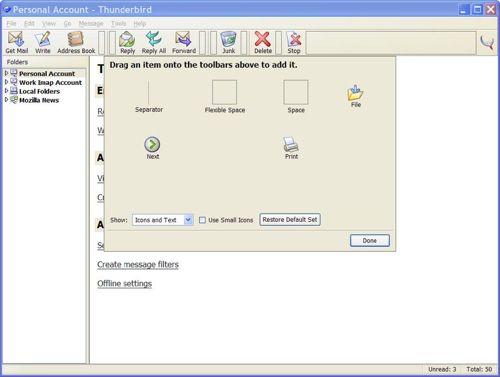 As a part of Mozilla's new rapid release cycle that has screwed us up once already, the beta version of open source email client and RSS reader Thunderbird received a milestone update to version 5.0 on Thursday.

But what happened to 4.0? The most recent stable version of Thunderbird is version 3.1, and this new beta skips number four altogether.

This version includes a new Addons manager and Extension management API, Tabs that can be re-arranged and dragged to different windows, an improved account creation wizard for email setup, and a new troubleshooting info page for diagnosing problems. It also includes several user interface fixes and improvements, including visible attachment sizes, and support for plug-ins in RSS feeds by default. It now supports both 32bit and 64bit Mac OS builds, but PowerPC support for Mac has been dropped.