Got pirated music? Pay Apple $24.99 per year for iTunes Match and RIAA amnesty 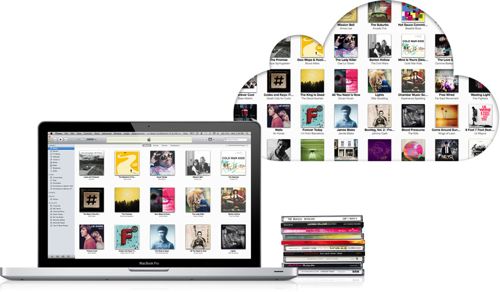 Apple on Monday debuted a new subscription service called iTunes Match which scans a user's library of music, and "matches" the user's songs with iTunes' database of 18 million songs. Instead of actually uploading the songs to a server like Amazon Cloud Player and Google Music Beta, iTunes Match simply identifies the song on the user's machine and then makes the equivalent song available "in the cloud" for download on other devices.
Advertisement

The company did not reveal whether the service will have any methods of detecting music ownership.

If a song is identified, it is made available for download in 256Kbps AAC audio, irrespective of the source file's audio quality. In essence, a low-quality, illegally downloaded song will be recognized by iTunes Match and "laundered" into a lossless legal copy.

Songs that don't match up are uploaded to the cloud just like Google and Amazon's services. Unlike those services, however, the $24.99 annual charge has no storage limitations.

iTunes Match and iCloud will launch in beta this fall.

33 Responses to Got pirated music? Pay Apple $24.99 per year for iTunes Match and RIAA amnesty