You can thank smartphones, FarmVille for game spending surge -- $74B this year 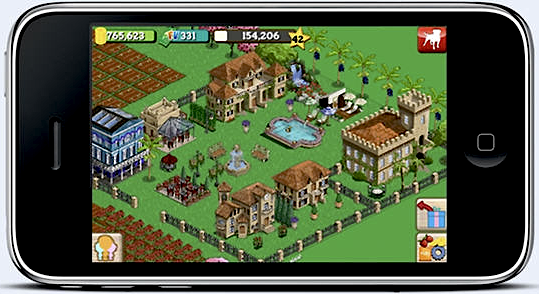 People love to play, eh? The global gaming ecosystem, which includes consoles, handhelds, software and social networks, will grow 10.4 percent in 2011 to $74 billion from $67 billion last year, says Gartner, which expects spending to reach $112 billion by 2015.

Software will account for more than half of gaming spending -- $44.7 billion this year. However, Gartner predicts that through 2015, software spending will recede before online games, which is the fast-growing segement.

"We find that subscription fees are giving way to 'freemium' models, in which the game is provided for free to gamers but is monetized through advertising (both in-game advertising and display advertising) and in-game microtransactions, such as the sale of value-added services or virtual-good purchases", Brian Blau, Gartner research director, says in a statement. "This trend is prevailing given the rise of social gaming, in which online gaming is connected to social networking sites and social networking platforms".

"As the popularity of smartphones and tablets continues to expand, gaming will remain a key component in the use of these devices", Tuong Nguyen, Gartner principal research analyst, says in a statement. "Although they are never used primarily for gaming, mobile games are the most downloaded application category across most application stores. For this reason, mobile gaming will continue to thrive as more consumers expand their use of new and innovative portable connected devices".

Maybe, but consoles will dominate spending this year like last, accounting for about two-thirds the total but only rising 4 percent year over year.

"Users have become multichannel-oriented by choice and expect vendors to continue to deliver quality content and experiences by extending their gaming possibilities across multiple platforms", Blau says. OK. Where's Xbox for Facebook then?

Sometimes, analysts really make me chuckle. In what has to be one of the best no-commitment statements about the future I've seen in a long time, Blau says: "If today's mobile technology does not evolve quickly enough, the gaming industry is set to see the rate of innovation severely decline. Alternatively, it will provide opportunities in technology and content genres that we can't foresee today". He should be a politician.

3 Responses to You can thank smartphones, FarmVille for game spending surge -- $74B this year