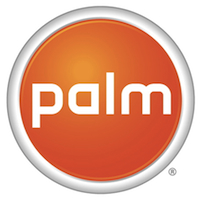 It's been a little more than a year since HP acquired struggling smartphone pioneer Palm, and now the Palm name is history.

Rubenstein, who actually began his engineering career at HP in the early 80's, will move to the role of Senior Vice President of Product Innovation in the Personal Systems Group. The group focuses on business and consumer PCs, mobile computing devices and workstations. HP cites Rubenstein's innovations such as Apple's original iPod and webOS as examples of his "game changing innovation."

Regarding the creation of the new group, the HP Palm Blog on Monday said "As we formally become the HP webOS Global Business Unit, keep an eye out for a refreshed look and new handles here and on our other social media channels."

HP's retirement of the Palm brand isn't much of a surprise; In fact, we were surprised HP kept it around even for its first post-acquisition product launch. But when the TouchPad, Veer, and Pre 3 debuted just four months later, the Palm brand was all but completely gone.