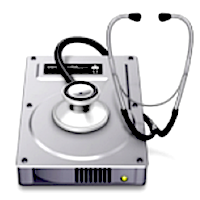 When things go wrong with your Windows PC, or someone else's, you don't want to fish around or Google for the appropriate tool. Have it right there when you need it, and you'll feel clever for it.

I usually carry a key ring of USB thumb drives with me with a variety of tools on them. Yes, some people laugh at me for it, but they turn out to be handy more often than you'd think.

I'm a security guy so I mostly think about security problems to solve, but obviously there's more to fixing PCs. Often problem-solving amounts to removing programs and tweaks installed by over-ambitious users. These tools should help.

You probably want to keep at least some of these tools on CD or DVD-ROM disks as well, but I think we've reached the point where you're more likely to find a system with workable USB than a CD or DVD drive. I'm writing this post on a notebook with 3 USB ports, but no CD or DVD drive.

One thing to consider is that many of the tools are bootable. Booting off a USB drive is much faster than booting off a CD, and they're writeable. But many older systems can't boot off USB media, so for those systems you may need something else to boot off of, probably a CD drive.

Some props: I relied on the advice of my friend Steve Brier for many of these. Also, I'm going to look into whether this can be made into a standing list that can be updated as good ideas come in. So make sure to suggest your own favorites.

Windows System Repair Disc (CD/DVD only). Windows 7's Backup and Restore program includes a feature to make a system repair disc that boots into the System Recovery Options menu. The menu contains options for Startup Repair (for instance missing or damaged system files); run the System Restore utility; Recover the system from an image file; run the Windows Memory Diagnostic Tool; and run the Windows command prompt. This same menu is on the Windows installation or recovery disc (and is there for Vista as well, although Vista can't make a System Repair disc).

Sysinternals Tools. The Windows Sysinternals Tools are invaluable in problem solving. Many are intended for tweaking of network installations; for example, AdRestore can undelete Active Directory objects and ShareEnum enumerates all the file and print shares on the network and their security settings. But for individual system troubleshooting I find my main tools are AutoRuns which is the best tool out there for managing programs that load when Windows loads, and Process Explorer, which is kind of a super Task Manager.

Antivirus Tools. Kaspersky has an excellent set of tools. There's a free version: download the .ISO file and burn it to a disk. You can also use rescue2usb.exe to put it on a USB drive. But if you want to be able to update definitions, I believe you need a license to the current version. Here are instructions for that.

AVG has a free CD- and USB-based scanner. BitDefender also has both CD and USB. Avira has the free AntiVir Rescue System.

One more antimalware tool worth having around is Malwarebytes. It's not bootable, but it often finds malware that other tools won't.

Password Tools. Passware makes a variety of outstanding password recovery tools. If you do support on more than a casual basis you should buy one of their paid editions, but they have a few free tools as well. There are a bunch of free tools for resetting Windows passwords. Many are bootable tools (often Linux-based) to reset the local administrator password. Be careful as this can mess up a disk badly if, for example, some files or disks are EFS-encrypted.

System Information for Windows. SIW performs a thorough, and I mean thorough, inventory of your system and finds stuff you didn't know was there.

SpinRite. Steve Gibson's SpinRite hasn't been updated in many years, but it's still the best tool generally available to recover data off of damaged disks. Not free, but worth considering.

14 Responses to Solve Windows problem with these handy tools