After getting booted from Google+, Anonymous announces its own social network 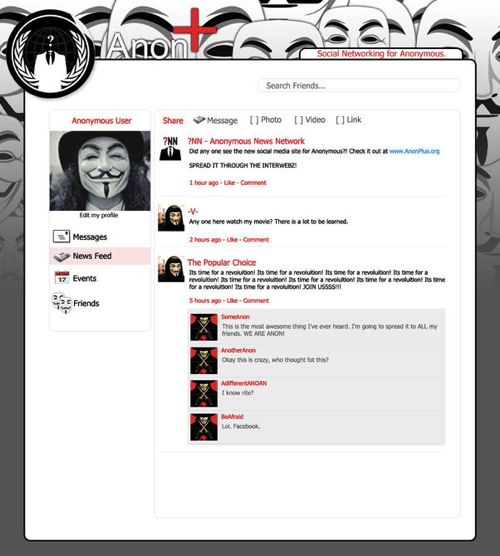 "This project is not overnight and will take many of those out there who simply want a better internet," the site's landing page says. "We will not be stopped by those looking to troll or those willing to stop the spreading of the truth. One thing i would like to point out that this project is for ALL people not just anonymous, this idea is a presstorm idea and only takes the name anon because of the Anonymity of the social network."

Mockups of the site's design are already being discussed on the anonplus discussion forums with a couple of examples showing a clear inspiration from the likes of Google+ and Twitter.

26 Responses to After getting booted from Google+, Anonymous announces its own social network