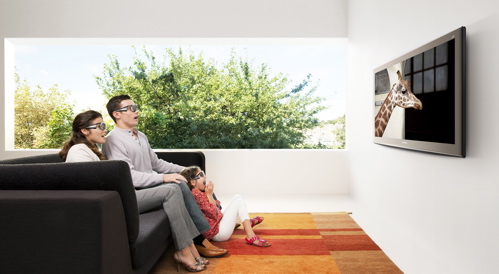 Even though electronics companies are pushing 3D as the next great frontier for cinematic, home theater, and video game-based entertainment, it's been pretty much a flop all around.

Panasonic, Samsung, Sony, and X6D are looking to change that for the home theater displays, which would ultimately result in a more predictable and affordable 3D experience. The four companies aim to create a "universal" standard for active 3D glasses that utilizes radio frequency (RF) connectivity as well as Infrared and Bluetooth, ensuring widest compatibility between glasses, displays, projectors, and media players.

Six months ago, the Consumer Electronics Association began working on its own compatibility standard for Active 3D glasses, but that one dealt only with shutter synchronization via Infrared connections.

"We are delighted to contribute our efforts and technologies to the Full HD 3D Glasses Initiative for both RF and IR technology that we announced today with Panasonic, Samsung and Sony. This initiative reinforces the consumer electronics industry's commitment to highest 3D quality and provides technology consumers and theater-goers with a simple but powerful solution to the challenge of interoperability," said Maria Costeira, XPAND 3D's CEO.

The group says it will begin licensing and producing glasses based on the standard in September.