Google+: Where everybody knows your name [poll] 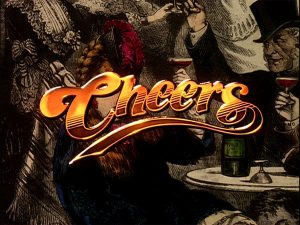 Google+ real names policy continues to generate controversy. Last month I strongly urged Google to resist calls for pseudonyms or to allow people to be anonymous. The policy of using real names is sensible and the best approach long term. But, clearly, not everyone agrees. So it's time for a poll and to ask for more reader reaction.

Argument repeatedly made against real names: Some people need to protect their identities. Perhaps they live in a country with oppressive regime, don't want to disclose gender choices or whistleblow on governments or their contractors, among other reasons. But I look at Betanews comments or other forums around the web, where trolls run wild. They hide behind anonymity and attack others. Their presence pollutes the discussion and makes forming real communities -- people who share common interest -- difficult, if not impossible.

There are more people misusing anonymity than those who really need it. They can go elsewhere and find it. Services providing anonymity are plenty. Google+ is the rarity. There's an underserved majority of people who want to know who they are engaging with, want to build relationships with people they can identify.

Over the weekend, Google Chairman Eric Schmidt made clear Google's policy, which strongly suggests it's not going to change. NPR's Andy Carvin asked Schmidt about it and paraphrases, appropriately on Google+:

"[Schmidt] replied by saying that G+ was buil[t] primarily as an identity service, so fundamentally, it depends on people using their real names if they're going to build future products that leverage that information...Regarding people who are concerned about their safety, he said G+ is completely optional. No one is forcing you to use it. It's obvious for people at risk if they use their real names, they shouldn't use G+...He also said the internet would be better if we knew you were a real person rather than a dog or a fake person. Some people are just evil and we should be able to ID them and rank them downward".

There's nothing much ambiguous in that, assuming Carvin correctly quoted Schmidt, which is what I would expect from someone working for NPR.

Comments to Carvin's post cover a range of concerns and none at all. Brandan Molloy wonders: "You could have asked him why he doesn't have an account on G+. I'd love to hear that answer". I'll answer that one: Maybe Schmidt doesn't want to use his real name.

"If people want to stay anonymous and stay private they need to stay off the Internet", writes Terri Knoll. "It's like standing in the middle of a big city hoping no one sees you. Pointless". Vic C Reyes: "Agree with Terri Knoll, you leave a lot of traces once you step onto the Net. A pseudonym or alias is a flimsy defense if you want to be untraceable".

Lise Bjerregaard Nielsen: "I don't know what to say -- at least he is upfront about his answer. I just wish he wasn't such an evil genius about it, but it's very hard not to have to use google products when you're on the Internet".

Jude Camwell makes a point that resonates with my own thinking and experience: "One personal observation from my experience with Google+, I have found that it seems easier for those not using their actual identity to make comments that I consider to be somewhat unkind. I believe, when we are speaking from our true identity, we are more likely to be civil to one another. I believe the internet (and social media communications in general) could stand to benefit from people proud to be who they are and say what they believe in a civil and productive way".

Extropia DaSilva disagrees: "Jude, as a digital person my existence is entirely dependent on my ability to maintain a presence on social networks. Therefore, I would argue I have the greater interest in maintaining a positive Web presence, a good reputation, thereby minimizing my chances of being cut off from the network. Of course, there is not much I can do against those who are just prejiudiced against the likes of me and would eraze us no matter how we behave".

Over the weekend, I posted: "I lost my passion for Apple". As I post there are 235 comments. In Google+ Ray Ebersole observes:

"Just wanted to point out that the interaction here on Google+ is very positive and constructive in regards to the article and the topic. I just went back to the original on BetaNews where a majority of the comments have nothing to do with the post and everything to do with bashing you. Just shows the different level of people that are here and at BetaNews. Please keep posting your articles here too so that we can enjoy a good discussion on what you write".

Why shouldn't Google build the rarity of social networks: A place like the bar "Cheers", where people can kick back with folks they can see (well, digitally) -- where everybody knows your name. Do you agree? Disagree? Comments await your (sadly mostly anonymous) responses. There's the poll, too.

36 Responses to Google+: Where everybody knows your name [poll]