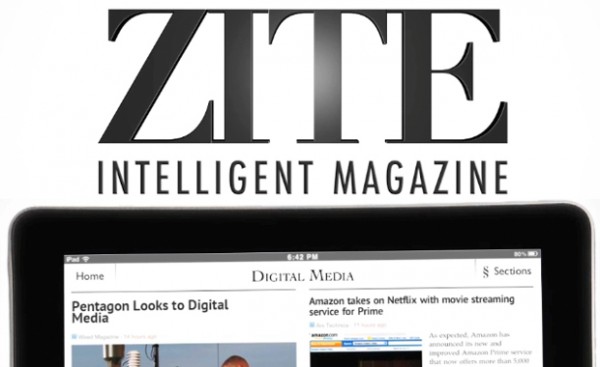 Fifty Betanews readers and I were among the very first people to test a content discovery engine called Zite last year. It was a solid idea --harvesting keywords from your Twitter feed and Delicious bookmarks to learn the things you might be interested in, and subsequently finding and suggesting news articles to you-- but it still had a long way to go.

That service eventually grew into an iPad magazine in the vein of Flipboard, but with the underlying content recommendation engine that we saw very early on in the Zite beta. After the positive reception it received as a standalone iPad app, CNN Worldwide president Jim Walton today announced that CNN has acquired Zite.

“Zite represents the next generation of content discovery and personalized publishing and CNN wants to help lead in that space. We think we can advance the industry in a meaningful way that helps content creators grow their businesses while growing the distribution of a product that people already love," KC Estenson, General Manager of CNN Digital said in a statement today. "Zite’s technology can also be used to help CNN's Websites and apps serve more personalized content, making our current digital services even better.”

CNN is just one more media outlet jumping aboard the "iPad Magazine" bandwagon. Already,
magazines such as Glamour, GQ, Gourmet Traveller, The New Yorker, People, Popular Science, Vanity Fair, and Wired have all debuted subscription apps for iPad, and so have a number of newspaper publishers, textbook publishers and retailers with paper catalogs.

Imagine me sitting in a rocking chair with a corn cob pipe hanging out of my mouth when I say this: Everybody's got an iPad app these days… But we remember Zite back when it was just a humble recommendation engine.