Is the AT&T T-Mobile merger dead? 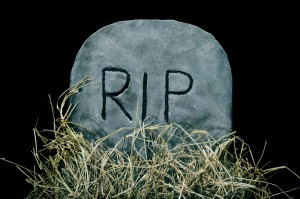 In what could be a devastating blow to AT&T's efforts to acquire T-Mobile's US arm, the Justice Department on Wednesday said it had filed a civil suit to prevent the merger of the two companies.

"The combination of AT&T and T-Mobile would result in tens of millions of consumers all across the United States facing higher prices, fewer choices and lower quality products for mobile wireless services," Deputy Attorney General James Cole, says in a statement. "Consumers across the country, including those in rural areas and those with lower incomes, benefit from competition among the nation’s wireless carriers, particularly the four remaining national carriers. This lawsuit seeks to ensure that everyone can continue to receive the benefits of that competition".

AT&T expressed surprise. "We are surprised and disappointed by today’s action, particularly since we have met repeatedly with the Department of Justice and there was no indication from the DOJ that this action was being contemplated", Wayne Watts, AT&T general counsel says in a statement.

Following the Justice Department's filing, the Federal Communications Commission suddenly shifted from its previous neutral position on the merger. "Although our process is not complete, the record before this agency also raises serious concerns about the impact of the proposed transaction on competition, FCC Chairman Julius Genachowski says in a statement.

Piece by piece, the Justice Department dismantled the two companies’ claims that competition wouldn't be hurt as a result. It noted that regional carriers cannot truly compete because they lack a national network, and to build one out could be prohibitively expensive. Lawyers also cast doubt on the claims of efficiencies created as a result of the pairing.

It also seemingly agreed with one of Sprint’s chief points in its opposition to the merger: AT&T could attain the same level of network enhancements by just investing in its own network. Acquiring a competitor is not necessary, Justice Department lawyers wrote.

The news of the Federal opposition to the merger comes shortly after AT&T attempted to sweeten the deal by claiming efficiencies realized would allow it to bring 5,000 outsourced customer service jobs back to the United States.

It is not clear but the carrier may have released the jobs data in an effort to soften the blow of what its obviously very bad news. Wall Street is certainly taking it as such: AT&T’s stock was down more than four percent in midday trading.

The Justice Department has the capability on its own to reject the merger outright. The fact that it has chosen to file suit before rejecting it seems to indicate that there may be some room for negotiation.That said, the Justice Department may be looking for too much in concessions.

For it's part, AT&T will fight, and Watts made that intention unequivocally clear: "We plan to ask for an expedited hearing so the enormous benefits of this merger can be fully reviewed. The DOJ has the burden of proving alleged anti-competitive affects and we intend to vigorously contest this matter in court".

If the merger fails AT&T will owe T-Mobile spectrum, a "favorable" roaming agreement, and a breakup fee said to be $3 billion USD.

24 Responses to Is the AT&T T-Mobile merger dead?