Eric Schmidt to US Senate: 'We get it' 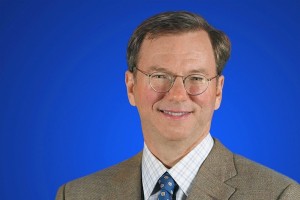 Google's executive chairman began his testimony before the US Senate by citing, unnamed, Microsoft and its dominance in the PC industry and how trustbusters stepped in to correct a company that had lost its way. "We get it", Eric Schmidt said. "We get the lessons of our predecessor". Schmidt testified before the Senate's antitrust subcommittee.

Before Schmidt spoke, Sen. Mike Lee, R-UT, put forth that Google had become kind of a gatekeeper to the Internet, holding the fate of other companies by how they rank in searches. "The open Internet is the ultimate playing field", Schmidt answered during his opening remarks. "We don't trap our users".

Not surprisingly, Schmidt claimed there is plenty of competition, referring to companies Apple and Facebook among others. "We welcome that competition", said Schmidt, who emphasized competition makes better products and benefits consumers.

In a second round of follow-up questions, Kohl pressed on the point of monopoly, whether or not Google had one. In pressing questioning, he got Schmidt all but to admit that Google is a monopoly. To be clear, monopolies aren't illegal in the United States. Abuse of monopoly power, such as foreclosing competition or fixing prices is illegal.

Lee quite explicitly asked if Google uses a separate algorithm for its products and services. He showed a study of shopping searches. "You're always third...how do you explain that?" Lee and Schmidt bantered back and forth, with Google's executive Chairman saying there is a difference between shopping for products and shopping comparison sites. It's an "apples and oranges" comparison, he said.

"You've cooked it so you're always third", Lee accused. "Senator, I can assure you we haven't cooked anything", Schmidt answered. In follow-up questions, Lee pressed harder. "I am troubled", Lee told Schmidt about what had been revealed during the hearing. Lee concluded that Google has "extraordinary advantage" over others by giving preference to its own services preference in search queries. Related to the advertising tie-in benefits, Lee alleged there is a "clear and inherent conflict of interest".

Sen. Schiumer, D-NY, offered supportive words about Google. He said that in asking small businesses about the search giant, "four-fifths of them said that Google is a positive force".

Sen. Al Franken, D-MI, is another supporter. "I love Google". But he went on to express concern about how Google might affect future innovation and wondered if it is playing fair. Franken expressed surprise that when asked earlier in the proceeding about Google's algorithm treating the company's products and services equally to others, Schmidt had answered: "I believe so".

"If you don't know, who doesn't?" Franken said, probably meaning "does" instead. "That really bothers me. That's the crux of it, and you don't know".

Franken moved on to Yelp, and accusations that Google was taking its smaller rival's content. He concluded by specifically asking if Google was using Yelp data with its own location services. "As far as I know -- not", Schmidt answered.

In follow-up questions, Franken probed about Android, and how search works there and if handset OEMs could install there own apps -- to which Schmidt answered yes.

Sen. Richard Blumenthal, D-Conn., offered Schmidt a chance to suggest voluntary changes that could avoid government intervention. "Making the Internet win guarantees strong competition", Schmidt responded. That didn't satisfy Blumenthal, who gave specific example of Google displaying information from its own services, like Finance and Maps, and asked how that might be changed. Schmidt answered that changing it would prevent consumers from getting the information they're looking for quickly.

However, Schmidt's response contradicted the "We get it" that opened his testimony. Blumenthal was one of the main attorneys general supporting the US government's antitrust case against Microsoft, and he alluded to two things: Questions about the effectiveness of the antitrust intervention and the company's unwillingness to voluntarily make changes to avoid it. He again pressed Schmidt to suggest changes. The response: Google is already doing as much it should.

13 Responses to Eric Schmidt to US Senate: 'We get it'