Windows Phone is the best phone you aren't using 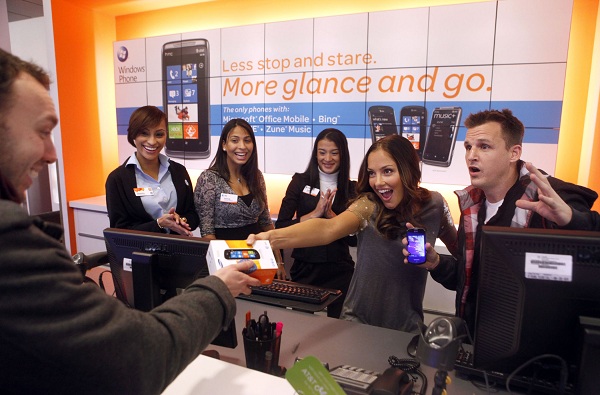 I am a new Windows Phone user -- HTC Titan -- and I cannot be more excited about it. As a UX developer it is very apparent that Microsoft has paid some serious attention to detail in ways I have never seen before. In my opinion, Windows Phone really is the best phone people aren’t using.

Every day, hundreds of thousands of consumers make smartphone purchasing decisions and every day most of them choose Android or iPhone? Why? Because they think they're better since most sales technicians at Verizon and AT&T will push Android or iPhone over and above Windows Phone.

How I bought Windows Phone

A friend of mine and I were out looking for a phone for his wife one day so he decided to visit the Verizon store since the family already has a contract there. As we walked into the store, we were immediately greeted by a sales associate; friendly guy. My buddy asked him where the Windows Phones were. Interestingly the sales dude directed us over to the one phone Verizon had, the HTC Trophy. The associate then said, "It’s a good phone. I have one with me, and I use it for work". After looking at the phone for a few minutes my friend asked about the Motorola Razor. The associate then said, "Now that's a phone!"

Cellular companies that push potential buyers towards Android and iPhone will continue to cause Microsoft to have low Windows Phone sales. That’s a sad situation considering how good this phone actually is.

Setting up my Windows Phone for the first time was pretty surprising. I already knew that Windows Phone relied heavily on a Windows Live ID and that connecting a WL account to Twitter, Facebook or a host of other online services would make the setup experience a lot easier. However, I chose not to do that just to see if the experience of setting up the phone was different.

My Windows Live account was not connected to Facebook or Twitter. However, connecting my phone to those services, including Gmail could not have been easier. Microsoft has done a fantastic job of streamlining the setup experience. Setting up an account for Twitter, Facebook or Gmail was as easy as logging into those accounts.

Joe Wilcox previously wrote about how well company's do sync will define their platforms. While I do not want to suggest that Windows Phone is perfect in this area, I would say that Microsoft is on the right track for sure. How well Windows Phone utilizes Skydrive surprised. When I navigated to the Office Hub for the first time, it automatically started downloading my office documents and OneNote files saved from Office 2010 to my SkyDrive space. Admittedly Microsoft still has some significant work it needs to do to make sync better but they are off to a great start. For instance, Live Mesh allows you to automatically sync documents between devices (PCs) but Mesh and SkyDrive are not quite fully integrated yet.

You Can Take Back Your Life

Using the HTC Titan Windows Phone is joyous. The phone is huge (4.7-inch display) but somehow not overly big. Windows Phone has lots to like about it. As an iOS user since the original iPod touch and current iPad 2 owner, I think Apple has traditionally been known as the company that pays strict attention to detail. iOS 5 is a slick OS, and there it not much to criticize it for. However, Windows Phone 7.5 does a much better job at putting the most basic and common tasks at the forefront. 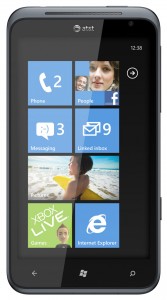 Microsoft marketing takes a "people first", "glance-and-go" approach to Windows Phone. I am here to tell you it’s true. Windows Phone really does make people a priority. I'll explain. Phones are used to primarily interact with human beings: we text, make phone calls and interact on social networks. I had heard for the past year how Windows Phone makes interacting with people tons easier than the other platforms. Having used it in real world experiences for the first time I can actually say it’s true.

Navigating from the home screen to the People Hub gives you the ability to see what your friends are either posting to various social networks or give you the ability to message them through text or IM (whether it be on Facebook, Windows Messenger or SMS): all in one location without having to jump in and out of apps. I personally find that Android and iOS come up way short.

The other day, I visited a very busy shopping mall but could not find the mall map. I remembered Bing had announced that they had released maps of major malls across America. Assuming these were only on their online maps, I decided to take a look anyway -- to my surprise there it was: a map of the mall I was in. I clicked the map and it gave me a long list of stores; I searched for my store, clicked it and it showed me my current location within the mall and pinpointed exactly where the store was located. Now that's glance and go.

As an avid Xbox user and a huge fan of the console as well, I have to say that Microsoft has done a bang-up job integrating the Xbox experience into the phone. Going to the Xbox hub for the first time, I was surprised to see my avatar appear on the screen exactly as I had customized it. Taping the avatar, results in it doing all sorts of funny things like dancing or trying to sneak off the screen. Having my gamer information seamlessly transition from my Xbox to my phone is convenient and amazing. I like being able to send messages to my Xbox friends to play a game on Xbox Live.

As much as I like Windows Phone, it certainly has its issues and I think Microsoft needs to address some of these as soon as possible. I was shocked at how many borderline pornographic applications Microsoft allows at the top of the app list in the Windows Phone Marketplace. If I navigate to Entertainment apps I see "Betty’s Boobs" long before I see Netflix or IMDB! This makes no sense to me at all. 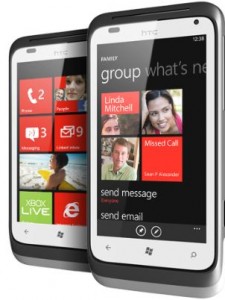 Another issue I think needs to be addressed is with the Bing Maps. Microsoft shows traffic for major highways, but as far as side roads are concerned, nothing. As a former Android user, one of the things I really liked about Android was the maps. The turn-by-turn directions proved to be very useful at times. However, I found the talking voice to be consistently annoying. With Bing, Microsoft took a different (albeit controversial) approach. Instead of hearing the voice at every turn, Windows Phone lets you know by a chime wither or not you are on the right path. Navigate outside the recommended directions and the voice chimes in and lets you know. However, as long as you remain on the right path, you get a very noticeable yet subtle chime sound on your phone. If you want to hear the voice, all you have to do is tap the screen.

Another area where Microsoft can make improvements is in the area of natural user interfaces (NUIs). There is no reason why a company that has demonstrated voice and gesture technology in the past would release one of the most successful consumer products in history in the Kinect and not figure out a way to get it into the phone. It's simply inexcusable in my mind, and CEO Steve Ballmer does not deserve his bonus this year because of this (and many other issues of course). Apple has Siri and Microsoft has TellMe. Microsoft demonstrated Siri-like feature on Windows Phone long before Apple released iPhone 4S. The future of this platform form a NUI perspective looks very promising.

Better Xbox integration is sorely needed. Last week, Microsoft released the Xbox companion for Windows Phone, but they need to do more. Xbox should be able to play any type of media on my phone: video, music and even pictures.

A buddy of mine recently was in the market for his first smartphone. So what did he choose? Android? Windows Phone? iPhone? He chose iPhone. I asked him why. He explained how much he liked what he saw in Windows Phone but was not ready to take the risk. Take the risk? On a Microsoft product? He would wait for Windows Phone 8. For now though, he wanted something that is much more refined and feature complete. I feel there are many more people like him who will make the same choice against Windows Phone. Microsoft has a daunting task ahead of them.

Overall, Microsoft has paid so much attention to details in Windows Phone that the overall experience is enjoyable! This, my friend, is a key aspect of user experience design and development. As long as you give end users an enjoyable experience, they will be able to deal with and accept the shortcomings. Whether you believe it or not, it’s true. When developers design software that delight consumers, they overlook errors and inconsistencies.

Windows Phone is not perfect. However, I would definitely recommend WP to new smartphone users. It simply makes sense that if you have a PC (because of SkyDrive) and Xbox, Windows Phone is the best choice. If you are primarily a Mac user, well, you know.

Windows Phone is elegant, smooth, intuitive, practical and extremely fun to use. It’s a new season in the life of Microsoft. This company is thinking, designing, developing and executing in ways it never has before. Perhaps you should give Windows Phone some serious consideration for your next smartphone purchase. It really is the best smartphone you are not using.