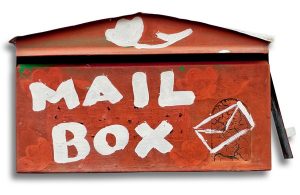 Since so many blogs and news outlets today reported the Grey Lady's email system had been infiltrated by hackers, a story correcting the record is appropriate (since you won't likely read it as a headline at many of the sites misreporting the incident).

The reported hacking also is another sign that news gathering has gone all to hell in this era of posting first and checking facts later on. What people will remember is the headline about the New York Times being hacked. Hence, I decided to go with opposite headline for that reason. What I find funny: Many of the headlines I originally saw that read something like or exactly "The New York Times was hacked" now have question marks. Another is "[Updated]" and adds "possibly". Unless the Times is lying, which I doubt, there was no hack.

At 1:07 pm ET today, I received a strange email from the New York Times:

Our records indicate that you recently requested to cancel your home delivery subscription. Please keep in mind when your delivery service ends, you will no longer have unlimited access to NYTimes.com and our NYTimes apps.

We do hope you’ll reconsider.

Continue your subscription and you’ll keep your free, unlimited digital access, a benefit available only for our home delivery subscribers. You’ll receive unlimited access to NYTimes.com on any device, full access to our smartphone and iPad® apps, plus you can now share your unlimited access with a family member.

I hadn't recently called to cancel the Sunday Times, but whenever I do, the customer service rep offers half price for six months. We've been doing this little song and dance for years. So the half-price offer was believable to me.

About 90 minutes ago, I checked Feedly and started seeing the "hacked" headlines. If turned around, perhaps they should read something like "Bloggers and reporters are hacks", something many news media haters would relish.

But in defense of my peers, The Times made the hack theory plausible by tweeting: "If you received an email today about canceling your NYT subscription, ignore it. It's not from us". Well, if "it's not from us", it must be from someone else, right? What's juicer than a hacked story on a slow news week, hence the frenzy started. Once a few places reported the hacking, the piranhas circled, chewed up the facts and pooped out the hacked stories.

At 4:17 pm ET came followup email from the Grey Lady:

You may have received an email today from The New York Times with the subject line 'Important information regarding your subscription'.

This email was sent by us in error. Please disregard the message. We apologize for any confusion this may have caused.

Eleven minutes later, Amy Chozick updated The Times' own Media Decoder blog, which also had some, ah, misleading information now lost in the update (or so it looks to me):

The New York Times said it accidentally sent emails on Wednesday to more than eight million people who had shared their information with the company, erroneously informing them they had canceled home delivery of the newspaper.

The Times Company, which initially mischaracterized the mishap as spam, apologized for sending the emails. The 8.6 million readers who received the emails represent a wide cross-section of readers who had given their emails to the newspaper in the past, said a Times Company spokeswoman, Eileen Murphy.

Whew, there's no hack -- not that I'm left with any confidence that IT staff knows what the hell is going on with their email system. Spam? Pleaseeee! That's reason I guess to excuse -- in part, anyway -- all the misreporting since The Times didn't exactly give out the best information.

Now 8.6 million subscribers know The Times' dirty, little secret. If they cancel home delivery, they can keep the paper for half price. Now that's something to write about.