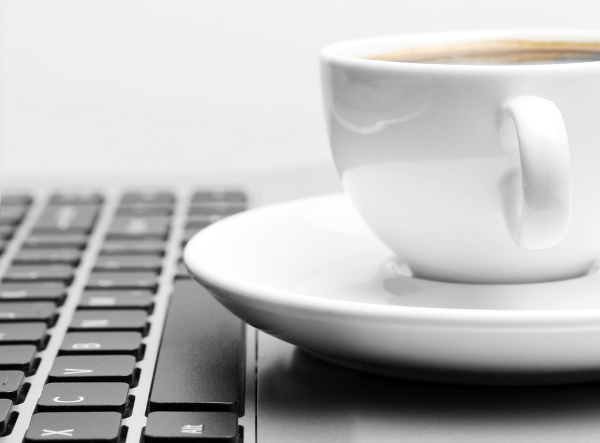 I shocked a group of total strangers this weekend when I admitted that I drink something on the order of twenty-five cups of caffeinated beverages per day, with the poison of choice being black coffee with just a hint of sugar.

I explained that my consumption is always hitting peaks and valleys depending upon my scheduling obligations, and at the moment, I happened to be at one of the peaks. Some random event will occur that requires me to wake up extra early, and I'll fueltank the coffee like a camel at an oasis. Then to prevent headaches and crashes, I have to ramp up my consumption.

If there was some way for me to gauge the appropriate amount of caffeine to keep me awake, I'd be fine, I said.

Today, not two days after making that statement, Caffeine Zone 2 rolled across my desk, a mobile application that provides a real-time (non-medical) readout of the user's current caffeine levels, and charts the ideal times to consume caffeine for maximum alertness when needed, and the times when it is maximally detrimental to sleep. 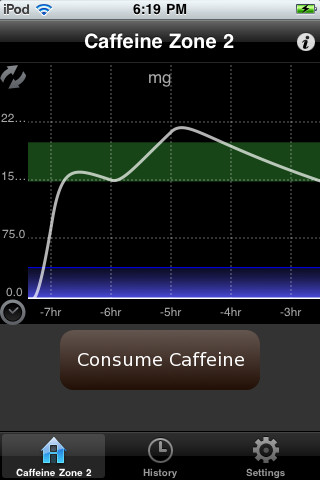 The app was developed by Dr. Frank Ritter and Dr. Kuo-Chuan Yeh in Penn State University's Applied Cognitive Science Lab, and it lets users enter their caffeine doses so it may generate a line chart of predicted caffeine level for the next 24 hours.

It maps out the "cognitive active zone," which is basically uptime, and the "sleep zone," which is when caffeine levels drop to the point where users could fall asleep. All the values and zones are adjustable to user parameters.

Sort of like a workout training app for athletes, Caffeine Zone 2 keeps track of the user's history of caffeine consumption so conditions can be re-applied on different occasions, and an overall assessment of the user can be made.

Caffeine Zone 2 is available in the iTunes App Store in a free ad-supported version and a paid version without ads.

2 Responses to Coffee addicts need an app, too: Caffeine Zone 2