Consumers win as AT&T backs off on data throttling 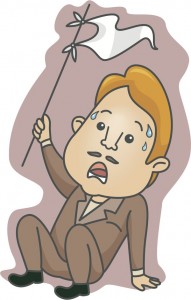 AT&T is publicly conceding defeat after treating its long-time customers like second-class citizens, merely because they have an unlimited data plan. On Thursday the company announced changes to its throttling policy, boosting the throttling level to 3GB for customers using the HSPA+ network, and 5GB for those on its LTE network.

There is no other way to describe this than a win for consumers. AT&T was left to defend an untenable position where current customers paid $30 for 3GB of unthrottled data, yet long-time customers paying the same price were essentially cut off at 2GB. The position has already gotten the company sued once, and a judge found AT&T's practice unfair and awarded the plaintiff $850.

By changing its policy, AT&T is likely aiming to curb any further lawsuits and ongoing criticism -- and just move on. There still will be throttling -- which I think in the end is a load of crap -- but the discriminatory practice is dead and for that we should all be thankful.

The company has launched a website which now formalizes this policy and aims to give users "in the top 5 percent" strategies to prevent throttling and explaining its position much clearer than it ever has before.

Anecdotal reports indicate that AT&T has also adjusted the throughput speeds once a user has been throttled. There are videos out on the web that show just how useless a throttled phone became under the carrier's old policy.

I would have been pretty pissed if this happened to me.

It now appears that the phones are at least usable, which is acceptable. While full unlimited data may never be coming back, at least consumers are still able to send a message to these folks that we've given you enough money to at least be treated equally as those who've just signed up.

Regardless of what happens here, carriers will be forced to deal with more bandwidth in short order. 5GB should be good enough for LTE for now, but eventually even that is not going to be enough.

Looks like this issue isn't going away any time soon.