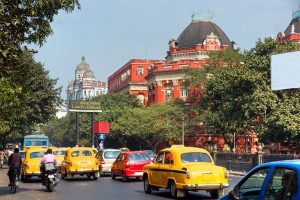 Responding to a complaint from trade group IMI (The Indian Music Industry,) the High Court in Calcutta, India ruled that access to 104 alleged copyright-infringing music websites must be blocked at ISP level. India's Internet service providers will utilize DNS and IP-based blocking as well as deep packet inspection to block access to the long list of sites.

"This decision is a victory for the rule of law online and a blow to those illegal businesses that want to build revenues by violating the rights of others," Frances Moore, chief executive of worldwide recording industry rights group IFPI said on Thursday. "It highlights the importance the Indian courts place on the creative industries and their contribution to the economy. The court ruled that blocking is a proportionate and effective way to tackle website piracy. The Indian government should build on this progress by moving forward legislation to effectively tackle all forms of digital piracy to enable the country's digital music market to reach its full potential."

The Indian music industry is very closely tied to the movie industry, and IMI says nearly 68 percent of music sales are in the soundtrack category. As such, both film and music have sought legal intervention against sites such as Songs.pk since late last year.

"There is a lot to be done as there is a long battle ahead to curb piracy," IMI Chief Adviser JF Ribeiro told the Hindustan Times. "The IMI is now focusing on implementation of the order and ensuring that all unauthorised websites which offer downloading of music for free without license are banned and blocked."