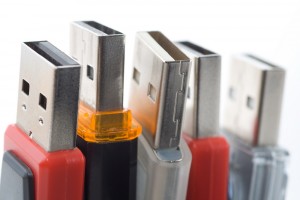 And that’s not bad at all, as the tool already supported all the usual big name distros (Ubuntu, Debian, Fedora, OpenSUSE and more, each in multiple versions), as well as a lengthy list of Linux-based utilities: Gparted, System Rescue CD, and antivirus rescue CDs from AVG, Avira, BitDefender, F-Secure and Kaspersky, amongst others.

If you’re new to the Universal USB Installer, then it’s a simple and portable tool that takes a Live CD in the form of an ISO file, and places that distribution onto a USB flash drive instead, so improving performance and allowing you to save files and settings as well (if the Live CD supports persistence).

While this sounds like a technical task (and in theory, it is), the program makes it very easy to use: essentially you just choose your distro from a list, point it at the ISO file (which the USB Installer can help you download, if necessary), choose the target USB drive, and it’ll be prepared for you in a click.

And even if you’ve no particular interest in Linux, the ability to list antivirus and other rescue CDs, download and convert them into a bootable form on a USB key could come in very useful, so the Universal USB Installer really does merit a place on everyone’s PC. (Especially as it’s a single, portable executable under 1MB in size; this isn’t a program that’s going to get in your way.)

Keep in mind, though, that writing the distro files to your specified drive will overwrite anything that’s already there. Check your USB drive contains nothing useful before you start, and make sure you don’t point the Universal USB Installer at your system drive, instead, otherwise your existing setup will be trashed.