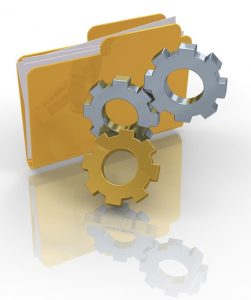 The typical large application will have a rather complex structure. There might be DLLs, OCXs and other executable components, data files and more, all scattered across a potentially very large number of subfolders: not necessarily very convenient.

But it doesn’t have to be that way. Point Enigma Virtual Box at an application and it’s able to combine all the program’s components and data files into a single module. This is compressed, so can greatly reduce the disk space required for a program. And if you’re a software developer, then the process does a very good job of protecting your components from misuse. (The files are unpacked in RAM, never written to disc, so it becomes much more difficult for others to take your DLLs, OCXs, images, audio files and any other elements of your application.)

This is a surprisingly easy process to set up, too. As a test, we pointed Enigma Virtual Box at an ancient copy of Paint Shop Pro (the executable does some odd things so we knew that if this worked, anything should). Really all this involved was pointing the program at the Paint Shop Pro executable file, providing a folder where the combined executable would be stored, and that was it: Enigma Virtual Box took care of everything else itself.

When it was done, we launched the new “Paint Shop Pro_boxed.exe” executable (a chunky 330MB in size, rather than the 5.6MB of the original build).

And it ran and worked just fine, no problems at all. Initialization was a fraction slower than usual, understandable as the executable had to unpack its compressed components, but this wasn’t slow enough to be a particular concern. And in the main the program just worked as it always did, without any real issues.

Other packages compressed just as effectively. And if you need to get more advanced then the program does have more abilities you can call on. In particular, it’s even able to set up Registry virtualization, which in principle means you’re able to make a regular application portable by having it write only to its own local Registry copy.

Enigma Virtual Box is aimed at developers, then, and it’s easy to see why: this is a very easy way to prevent others from being able to grab or hack the components of any given application.

But the ability to turn complex applications into portable, single executables could be useful in many situations, and in reality the program could come in handy for any experienced PC user.