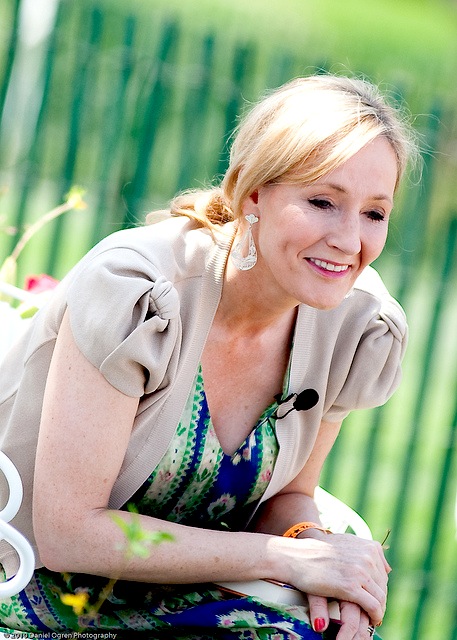 Sometime ago, I pledged to wait on reading the Harry Potter series until it came out as ebooks. I was ready and willing for October's planned debut on Google Books, but that was cancelled last minute. What happened instead mindboggles. In late March, author JK Rowling opened the Pottermore Shop to sell the ebooks directly -- in formats for most any device and with no onerous digital rights management. Let me emphasize that last bit: no DRM.

I've meant to opine since buying the Harry Potter ebooks as a set -- and affordably priced at that -- when Pottermore Shop opened 25 days ago. The universal distribution approach, fair pricing and DRM-freeness set apart the most successful fiction series in history from most every other popular literature available today in digital formats. Rowling's ebooks mark a watershed moment in digital publishing that could eventually lead to the end of onerous DRM. Remember, music started that way, but mostly is DRM-free today.

Rowling's timing couldn't be better, too. Two weeks ago, the US Justice Department accused Apple and five publishers -- Hachette SA, HarperCollins, Macmillan, Penguin and Simon & Schuster -- of colluding to fix ebook pricing. Three immediately settled, while MacMillan and Penguin, along with Apple, refused. I observed something then overlooked by many analyses of the lawsuit -- price fixing's effects are much bigger than what people pay for ebooks.

Publishers also demand onerous digital rights mechanisms that defy fair use-laws permitting people to share print books. Ebook sharing is limited at best and rights often are confined to a single user account. That's a secondary form of price fixing, since it compels even members of the same household to buy more than one copy of a title when using separate accounts on different devices. Buyers can read Kindle books on any device running Amazon's software, but rights restrictions limit or prevent sharing the titles with, say, family members on their separate accounts.

In a competitive market, particularly a growth one, competition should loosen rights. That's what happened with digital music, where DRM ruled early on but today is all but gone. Consumers benefit from the ability to share music within a household. Ebook publishers generally grant no such rights.

By breaking the price-fixing cartel, the US government has opened competition that likely will lead to the end of onerous ebook rights protection. There, retailers like Amazon -- and also Pottermore Store -- lead the charge, much as they did for digital music. Do you remember Apple cofounder Steve Jobs' call to end digital music DRM? Apple is a music retailer, which helped put pressure on music publishers. Jobs posted a public letter in February 2007, and Apple started offering the first DRM-free tracks two months later.

Your Rights to Read

DRM-free music typically contains a digital watermark, often in the metadata to identify the purchaser. Pottermore Store also watermarks ebooks, which won't deter piracy but should discourage it. Ebook rights also are similar to DRM-free music, including certain sharing prohibitions:

You may download one (1) copy of each book you purchase for storage and use on your reading/listening system, which could be your computer, your tablet, your MP3 player, your mobile phone, your eBook reader or any other compatible electronic device, or any compatible reading/listening service linked with the Pottermore Shop ('System'). You may also download up to seven (7) further copies of the book for storage and use in the same ways but this is subject to the continued availability of the book via the Pottermore Shop...

You may not and may not permit others to do any of the following things in relation to any book or extract: sell, distribute, loan, share, give or lend the book or extract to any other person including to your friends (except in the limited circumstances explained at 12.1 above).

Because of the generous download rights, I'll sometime soon download EPUB versions as backups for use on personal future devices. I may not use Kindle software forever. EPUB should last awhile.

All ebooks should be consumable on any device, anywhere without proprietary restrictions or rights protections. These favor publishers (and some distributors) selling ebooks, but not buyers or the cause of reading. Pottermore Shop does right, what the publishing cartel did wrong.

That gets down to pricing, too. Pottermore Shop sells the first three Harry Potter ebooks for $7.99 each and the other four for $9.99 a piece.

If that pricing rings familiar but distant memory, it should. Amazon favored $9.99 for popular titles before the publishing cartel, in cooperation with Apple, forced a change in the sales model -- from wholesale to agency. Under the wholesale model, market leader Amazon and other ebook distributors set prices. Amazon chose to sell some at a loss to reach that $9.99 price. Under the agency model, publishers set prices and give distributors a 30-percent take of the sale. Publishers forced the agency model on reluctant Amazon. The change effectively raised popular title prices by $5 or more.

But Pottermore does even better. The entire Harry Potter collection is available for $57.54, which works out to $8.22 each, saving $6.39 overall. That's how I bought my ebooks.

I don't have enough free-reading time, but managed to knock off Harry Potter and the Sorcerer's Stone in about 10 days. I was disappointed Rowling choose to keep the Americanized title over Philosopher's Stone, but, granted, that's nitpicking.

The Potter books are big and bulky to carry around everywhere. I could never have finished the first, if not for ebook format. I read Sorcerer's Stone on my smartphone whenever there was free time, such as meals or waiting somewhere for somebody. You know, plunking down in the man chair while my wife and daughter shopped.

20 Responses to Thank you, JK Rowling