Don't believe the lies, you can have a Start menu on Windows 8 Release Preview 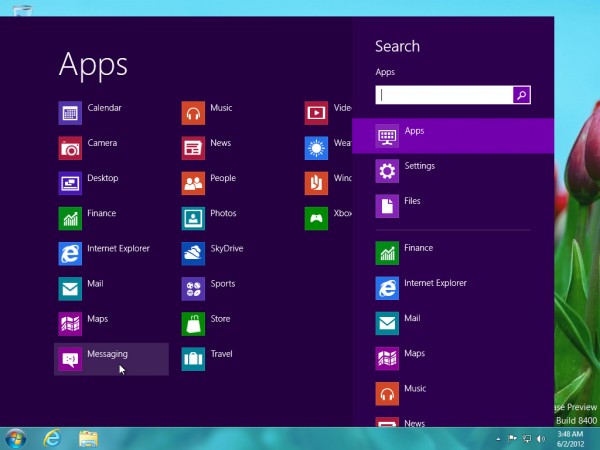 The Internet is awash with dark rumors that the brand newWindows 8 Release Preview Microsoft is getting heavy with users who have bypassed attempts to remove the traditional Start button and menu from the traditional desktop. No doubt you've heard that Microsoft has removed all support for the Start menu in this latest release, bringing a host of Start menu apps grinding to a halt.

We’re here to put you straight. Windows 8 Release Preview works fine with all of the Start menu replacement tools we threw at it, including two of our favorites: Classic Shell and Start8 from Stardock. But while they work now, will the same be true when the final release surfaces later this year?

The stories surfaced as Microsoft revealed how it plans to make major changes to the desktop UI in Windows 8, dropping the transparent Aero Glass UI first introduced in Windows Vista. Windows watcher Paul Thurrott reported that Microsoft was “furiously ripping out” legacy code that allowed third parties to bring back the Start menu.

Thurrott clarified his comments with the observation that some hacks that previously worked in the Consumer Preview no longer work in this release, referring to those that basically re-enable the existing Windows Start menu, which led to a storm of articles and comments suggesting the Start button was dead in the water.

It may yet be, but the fact remains that you’ll still be able to access a Start menu in Windows 8 Release Preview with the likes of Start8 and Classic Shell. And that should continue through to the final release, as these apps aren’t attempting to get the original Start menu back, but provide a third-party replacement of their own.

But Microsoft’s stance is clear: it doesn’t want the Start button on the desktop UI, giving users an excuse to avoid the shiny new Metro interface. So, what can you do about it? You could start weaning yourself off the old Start menu and onto the Metro-style one by using Start8, which apes the new Metro shell.

Alternatively, how about investigating different ways of navigating your PC via the traditional desktop? Start with a taskbar-replacement tool like a dock: one of the best ones out there is Winstep Nexus 12.20, which is configurable enough to give you easy access to tools previously restricted to the Start menu, such as the Control Panel (do so by right-clicking the dock and choosing Insert New Dock Item > Internal Command, where you’ll find this and other options to add under System or Desktop).

Another alternative to consider is a traditional program launcher, such as Launchy, which is configured intelligently enough that it can find individual Control Panels as well as applications.

Ultimately Microsoft will do all it can to turn us towards the new Metro interface, and it’s inevitable that, assuming the move doesn’t kill off Windows on the desktop platform; we’ll all eventually come to live with, and maybe even love, its touch-centric approach. In the meantime, however, don’t let Microsoft bully you into ditching the traditional desktop with Windows 8 – as these apps shows, there’s plenty of alternatives still available, despite the loss of the traditional Start menu.

Start8 0.86, Classic Shell 3.50, Winstep Nexus 12.20 and Launchy 2.5 are all freeware downloads for PCs running Windows 8 Release Preview. They’ll happily work with earlier versions of Windows too, if you’d like to start adjusting to a Start menu-less desktop before upgrading to Windows 8.

105 Responses to Don't believe the lies, you can have a Start menu on Windows 8 Release Preview