By Nick Peers
4 days ago 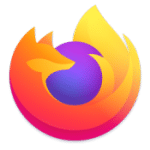 Mozilla has rolled out its now-customary four-weekly update with the release of Firefox 86 for Windows, Mac and Linux. This latest release contains several notable new features as well as a handful of fixes and improvements.

Users gain support for watching multiple picture-in-picture videos simultaneously, there’s improvement to the app’s Print tool, but most noteworthy of all, a new Total Cookie Protection is offered that isolates website cookies so they can’t track users across multiple sites.

By Nick Peers
1 week ago 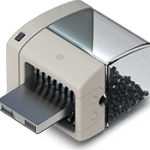 German software developer O&O has unveiled a brand-new version of its data-shredding tool for Windows with the release of O&O SafeErase Professional 16. The new release unveils a refreshed user interface, plus provides a new view to give the user a visual indication of how the data-destruction process is progressing.

The major new feature of note sees the application unveil a new "Clusterview" feature, which provides a similar graphical cluster-based view to that found in defrag utilities, except this time of course it’s monitoring the secure deletion of data from the currently selected drive.

By Nick Peers
3 weeks ago 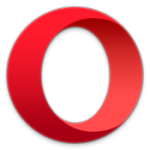 Hot on the heels of Edge’s sleeping tabs feature, Opera 74 rolls out today with its own equivalent in the form of 'tab snoozing'.

The update also unveils improvements to both its Easy Files feature, a means of quickly attaching files to email and other web-based forms, plus the Search Tabs tool.

By Nick Peers
1 month ago

Firefox 85 arrives with three new noteworthy features. The first is protection against so-called 'supercookies', trackers that are able to hide within browsers to track users online even after they’ve cleared cookies. Firefox achieves this by isolating the cookies so they can’t follow your progress between sites.

By Nick Peers
1 month ago 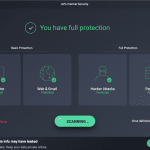 As its name implies, AVG Ultimate 2021 is the crème-de-la-crème of AVG’s product range, providing a suite of tools to boost security, privacy and performance across all your household’s computers and mobile devices, from Windows PCs and Macs to Android and iOS phones and tablets.

Your household’s PCs and Macs are blanket covered by four applications. Core security comes in the form of AVG Internet Security 2021 -- complete protection for your family’s PCs and Macs courtesy of antivirus with anti-ransomware, shopping and banking protection via browser tools that block unsafe or compromised websites, firewall and webcam security. 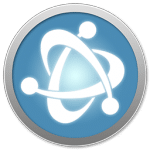 The server, which works with a wide range of UPNP/DLNA-compatible devices from mobiles to smart TVs, gains significant improvements to its web and DLNA browsing interface, with the aim of providing more flexible and visually pleasing options for navigating the user’s content. 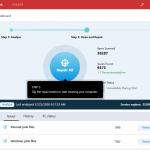 The new redesign is immediately apparent the first time the product is run, accompanied by a streamlined install process, clean and simplified dashboard, and pop-up guides that can steer users through their first run with major parts of the program.

Looking for that last minute Christmas gift? Save big in the Downloadcrew Software Store this Holiday Season! 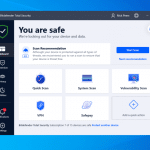 In the realms of understatement, "2020 has been a hard year" rules supreme. No one needs a recap as to why, but as many of us continue to be subject to restrictions preventing us from getting out to the shops, coupled with well-publicized delays and disruption to mail services, getting Christmas sorted for our loved ones has been particularly challenging this year.

And that’s where we come in: if you’re stuck within a "stay at home" area, worried about missing the last post or looking for a last-minute gift, the Downloadcrew Software Store has you covered. You can order directly from our digital store and have the gift sent either to yourself or directly to your friend or family member -- it’ll arrive within minutes, even on Christmas Day! 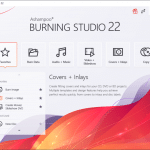 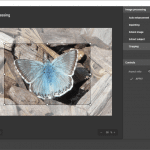 Google has released Google Web Designer 10.0 in what appears to now be a regular quarterly update. The HTML-5 content-producing tool for Windows, Mac, and Linux is a popular choice for producing all kinds of web content thanks to its user friendliness and helper tools.

Version 10.0 offers four new features and a slew of improvements and fixes, chief of which include the ability to crop images within the image processing dialog, plus new snapping modes.

"Fourth time's also a charm", says The Blender Foundation as it releases Blender 2.91, the fourth major release of the open-source 3D graphics tool in 2020.

The latest release promises further improvements to the user experience along with a range of new features including new Booleans, collision support for cloth sculpting and volume objects modifiers. There’s also the promise of improved animation tools.

Mozilla has released Firefox 83.0, the latest version of its open-source, cross-platform web browser. A mere 28 days after the last major release, and version 83 makes its bow.

Despite the short time between releases, version 83 manages to pack in more performance improvements, a new optional HTTPS-only mode, support for pinch zoom on touchscreens, and compatibility with new Apple Macs running the M1 chip. 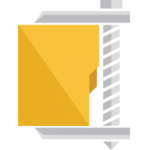 ConeXware has unveiled a major new version of its trialware archiving tool for Windows users with the release of PowerArchiver 2021. For the first time, PowerArchiver 2021 is also available for macOS too, although this release does not (yet) boast all the features of its Windows cousin.

Version 20.0.58 for Windows unveils tools to help view and edit files within archives without extracting them, plus promises improvements to its Pro edition-only PowerArchiver Cloud feature, and adds some welcome new tools to the Action menu.

Zenchat 0.1.1 combines messaging with task management to keep workers in touch and organized

Productivity software specialist Zenkit is at it again. Spying a gap in the communications market for workers who need to combine the ability to chat with colleagues while setting up and managing tasks, it’s released Zenchat 0.1.1 for Windows, Mac, and Linux, along with Zenchat for iOS and Android.

The app, which can also be run in a web browser, can be used standalone or combined with other Zenkit offerings, including Zenkit To Do, which we covered earlier in the year. 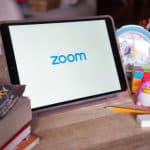 Lockdown has benefited relatively few companies, but one of those is undoubtedly Zoom, the video-conferencing service. It’s just unveiled Zoom 5.4.0 for desktop and mobile, with a host of new and improved features.

There’s the much-anticipated rollout of end-to-end encryption for secure messaging, plus additional improvements to the app’s meetings, chat and phone features.