I once was blind but now I see -- or, why I’ll never give up my PC for a tablet and smartphone 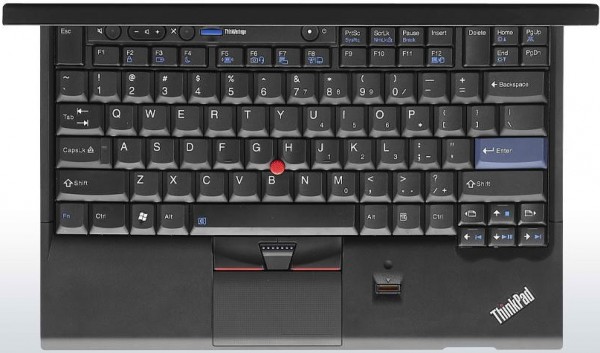 Oh man, what a hellish 10 days this has been.

Before we get too far, let me just warn you that when the doorbell rings, this little chat will be over. I don’t care if I’m in mid-sentence. That’s it. Period. End of story.

The reason: tucked under the arm of the hand attached to the finger pressing the doorbell will be my precious Lenovo ThinkPad. It’s been 10 days now since she sputtered and failed, and five days since I’ve last seen her. I sent her off in a box last week to rehab in Atlanta and then I packed up and hopped a plane to San Jose, in the other direction.

I returned home last night. And she’ll show up any minute, her arrival trumpeted by the chime in the entryway.

Don’t worry. This isn’t a fable on the perils of casual backup. We’ve all heard too many of those. Besides, my data was backed up, so the issue wasn’t even in play. Sort of. (If anyone knows how to tease your contacts, calendar and tasks out of Outlook when it doesn’t want to expose them, I’d love to hear from you.)

Rather, it played out more as a mash-up of Dickens’ A Christmas Carol theme, with a glimpse into a present-day vision of a computer-less future sprinkled with an insight or two from Technology Past.

I decided to load present-day Windows 7 and Office 2010 onto my nine-year-old ThinkPad x31, an ultra-portable whose time has clearly passed. Not an ideal solution by any stretch. But I had real work to do, so I wasn’t going to be without a laptop. And as I like to say, I only make room for one device in my briefcase and one in my pocket. So the tablet didn’t make the cut. And so I headed off to San Jose with nothing but an old laptop. And a smartphone. With an eTrade app.

Tell you what: let’s cut right to lessons learned. Because as I said, once that doorbell rings...

1. Size does matter. Manipulating multiple inter-connected spreadsheets felt arduous on the X31’s 12.1-display, even though it was only 1.3 inches less than my ThinkPad X220. (Now where is that UPS driver?) Once in the Bay Area, though, I was able to reverse that deficiency thanks to a delightful 27-inch display made available to me. Except in the most extreme instances, most of us would choose a laptop over a smartphone for any serious content creation. That’s obvious.

What may not be as intuitive, though, is that the bigger-is-better tenet applies across the spectrum. For work, a 13.3-inch laptop beats a 12.1-inch laptop. And a 12.1-inch laptop trumps a 10.4-inch tablet. Sure, there are advantages to the tablet. But getting work done isn’t one of them.

2. Storage capacity does matter. Try to find a tablet with more than 32GB of flash. Yes, I know they’re out there. But $699 for a new iPad with 64GB? Hell, I can’t even squeeze everything I want into my 32GB MP3 player! Storage was a big deal on my trip. I frequently swapped files with a couple of flash drives and a USB hard disk. And the X31 has a 100GB hard drive!

3. The cloud does matter. I much prefer to physically have what I need in hand, locally. That said, the past 10 days would have gone much smoother had I been taking advantage of all those storage services up there in the sky. Nothing like leaving the barn door open to teach you what you needed to know yesterday.

Hmmm. Come to think of it, maybe this is a why-you-should-back-up story. Whatever the case, I can tell you that next time...

27 Responses to I once was blind but now I see -- or, why I’ll never give up my PC for a tablet and smartphone