Microsoft ad and search biz is a $6.2B failure 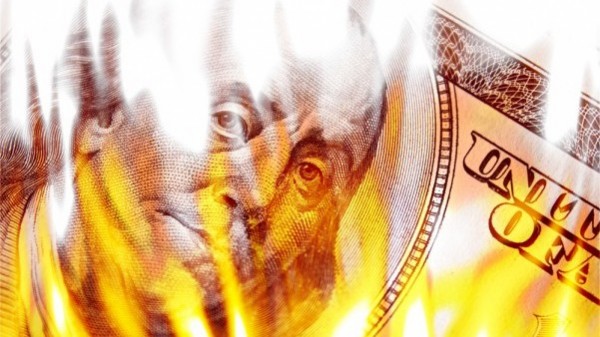 Worthless. That's the description that best describes Microsoft's ambitious aQuantive acquisition, announced in May 2007. Today, after the market closed, the software giant announced a "non-tax-deductible income statement charge" of $6.2 billion booked last year. Fiscal 2012 closed June 30, so the timing has a deliberateness.

Microsoft probably should have told everyone before the quarter's close. Doing so today, during a big holiday week (Fourth of the July), mitigates the negative news. Lots of people are on vacation.

Microsoft paid $6.3 billion for aQuantive five years ago. When announced, the all-cash purchase worked out to a premium $66.50 a share; aQuantive closed at $35.87 the day before the deal was public. The acquisition was then, and still now, highly unusual for Microsoft, because of the exceptionally high price paid (Skype, at $8.5 billion is the only one larger). The online advertising agency was supposed to lift the sagging Online Services Business, for which there is no hope. The division has consistently lost money since fiscal 2006.

Microsoft acquired three aQuantive assets, not all of them kept: Atlas, Avenue A | Razorfish and DRIVEpm. Atlas offered a broad range of tools for agencies, brand marketers, direct response marketers and publishers -- as well as custom research, search campaign and site optimization tools. Avenue A | Razorfish was a well-known rich media advertising campaign and professional services provider that accounted for the bulk of aQuantive revenues. DRIVEpm offered tools connecting publishers to advertisers.

I've long wondered why Microsoft bought aQuantive, although Google-chasing is top reason. Like so much else that's wrong about the Online Services Business, Microsoft CEO Steve Ballmer sought to check Google. A month earlier, the search giant announced plans to buy DoubleClick. Strangely, Microsoft paid more than twice as much as Google ($3.1 billion) and got more than it wanted.

Like I said, Razorfish brought in the bulk of aQuantive's cash but wasn't the assets Microsoft wanted (or could use). In June 2004, aQuantive bought SBI.Razorfish for $160 million. The renamed Avenue A/Razorfish provided valuable ancillary advertising services that were important to aQuantive but not to Microsoft, which also paid much more for the whole company because of the one part's value.

Is it any wonder that with the brain cut from the body, Microsoft had to turn off life support. But whoa, what a hospital bill! The measure isn't the $6.2 billion write-off compared to $6.3 cash acquisition but the costs of maintaining aQuantive operations and the artery bleeding Online Services Group -- not for 5 years but seven.

"While the aQuantive acquisition continues to provide tools for Microsoft’s online advertising efforts, the acquisition did not accelerate growth to the degree anticipated, contributing to the write down", according to a Microsoft statement. You think?

The charge relates to an assessment of goodwill, which for OSB at the end of fiscal third quarter was $6.43 billion, and largely derives from the aQuantive acquisition.

So far, market reaction is tepid. Microsoft shares are down less than 1 percent of their $30.56. Perhaps shareholders don't care, since the company claims no material impact, or too many are vacationing this week.

The questions to ask: Should Microsoft exit the search and advertising business, and is the write-down preparation for a sale? Say, remember those Facebook buying Bing rumors from a few weeks back? I don't have answers, but surely sell-off is one reason to prune the tree.

24 Responses to Microsoft ad and search biz is a $6.2B failure